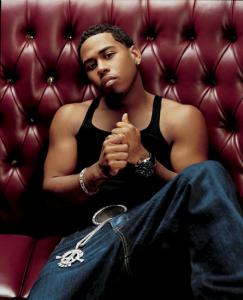 Contributed photoOver the years, Erie has been host to numerous musicians of various genres and styles, including, but not limited to, the Goo Goo Dolls, Third Eye Blind, Ludacris and MercyMe. Add to that famed R&B singer Bobby Valentino, or Bobby V.

Born Bobby Wilson, Bobby V’s nickname of ‘Valentino’ came about because his due date was Valentine’s Day. He entered the music scene in 1996 in the four-person group Mista, and eventually, with the help of Diddy and Ludacris, was signed as a solo artist by Disturbing Tha Peace Records.

He released his first solo CD in 2005. Since then, he has switched record labels, released two other albums and is set to release his fourth in the spring of this year.

In addition to having a successful music career, Bobby V also holds a degree from Clark College and has received several awards, including the NAACP Image Awards, the Soul Train Awards, the Vibe Awards and the Urban Music Awards for his success in the music industry.

He will be coming to the Bayfront Convention Center on Sunday, April 4, at 7 p.m. Tickets are $30 in advance or $35 at the door. They are available at all Ticketmaster locations.

However, there is another (and cheaper) way to get your hands on a set of tickets. All you have to do is go on Facebook, become a fan of the Ben Jammin’ Entertainment page and write on the wall saying you joined because of Mercyhurst. You could be the lucky winner of two tickets!

For more information, contact the A&E editor at entertainmentmerciad@mercyhurst.edu.