T-shirt profits go to building a new school — in Afghanistan 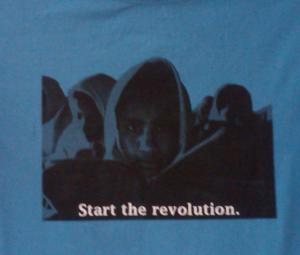 T-shirts have different designs that advocate peace and justice.

Mercyhurst opened its gates in 1926 to educate young women. With our current student population represented by a 2:1 female-to-male ratio, large numbers of women still receive a great education here.

Perhaps living in this environment causes many of us to not realize that in other parts of the world getting women the education they need is still a struggle.

There is an African proverb that, paraphrased, says, “To educate a boy, you are only educating an individual, but to educate a girl, you are educating an entire community.” However, educating young women remains a significant problem. Sixty-three percent of the children in the world who are unable to attend school are women.

Driven and passionate high school students from the Erie area have come together to give girls in Afghanistan a better chance at a good education. Instead of sending aid to an operational school, their goal is a bit more ambitious.

Students are in control of every aspect of the venture: T-shirt designs, printing, sales, management, etc.

The shirts themselves are designed with the theme of taking the initiative and making a difference. “It’s extremely uplifting and motivating to see a small group of kids within a small, rural town excited with a global perspective. It’s reassuring that there is hope even amongst the smallest towns,” Mercyhurst College sophomore Laura Jones said.

Laura is responsible for recognizing the efforts of these high school students and encouraging the Mercyhurst College community to support them in this cause. The T-shirts that the students made are now being sold on-campus and can be purchased on campus for $10 each.

“Personally, this project for me is a combination of so many feelings. As a girl, educating women is a cause close to my heart. In that sense, the project is extremely respectable and necessary,” Jones said, only taking credit as a messenger of the students’ work.

“Educating girls actually decreases infant mortality rates, slows the population growth rate and increases the quality of health in the community. In Afghanistan, the Taliban will throw acid in the girls’ faces who want to go to school, throw poisons in the schools with the students inside, will burn down the schools, will massacre and murder the teachers in front of the students. It is gut-wrenching to think that these females go through this for something we take for granted,” Jones said.

Many Mercyhurst students have already responded in supporting the cause.

“I think it’s a great cause to support education. It opens doors to awareness and understanding,” senior Laura Stevens said.

“This is all about education. We are not only funding increased educational opportunities and facilities for girls in Pakistan and Afghanistan, but also attempting to provide information to our peers because indifference can manifest into intolerance without Socratic questioning. That is something we all need to address,” Jones said.

T-shirts will be sold around campus, so keep an eye out for your chance to contribute to this cause. 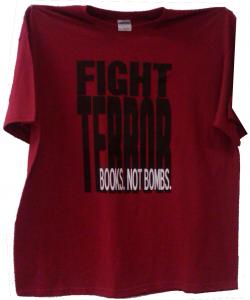 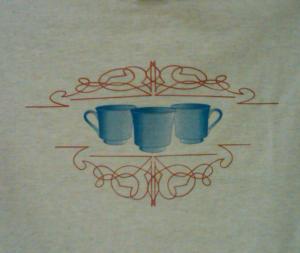