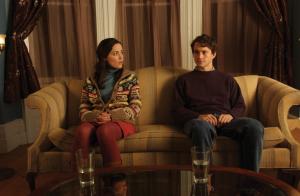 pac.mercyhurst.eduIt is a common yet unfortunate human condition that at times we find ourselves in an awkward social setting.
This could happen in any number of ways – we have a hard time thinking of what to say, we may feel uncomfortable or have to think about the image we project.
Generally though, there’s usually some sort of proverbial net to fall back on, some mainstream topic or useful technique that can be employed to keep us from feeling socially inept.

Unfortunately, people with autism don’t experience this luxury. Contrary to popular belief autism is not synonymous with mental retardation, or, for that matter, genius. Simply defined, autism is characterized by impaired social interaction and communication and by restricted or repetitive behavior. As with other chronic illnesses, it needs to be understood rather than pitied. 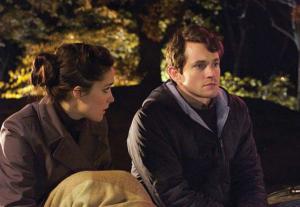 pac.mercyhurst.edu
This week’s edition to the Guelcher Film Series attempts to initiate this process. “Adam” centers on a character with a particular form of autism, Asperger’s syndrome (AS), most often associated with a lack of demonstrated empathy.

In Adam’s (Hugh Dancy) case, we are introduced to a man with a refreshingly childlike innocence, openness and enthusiasm. A resident of Manhattan, Adam has lost both his parents, most recently his father, with whom he shared an apartment. He has a friend Harlan (Frankie Faison) and his love of space exploration to sustain him, but in effect, Adam has been left alone. 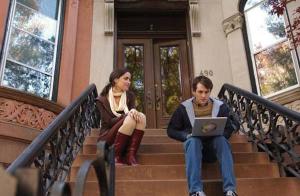 pac.mercyhurst.edu
Things change when a new neighbor moves in upstairs, a beautiful schoolteacher named Beth (Rose Byrne) who is recovering from a bad breakup and is drawn to Adam’s gentle, genuine personality. Through her efforts Adam is drawn out of his socially awkward shell and into a deep relationship that proves to be immensely valuable to both of them. Her character also gives viewers the opportunity to see beyond the Asperger’s — to understand and fully experience what she sees in Adam.

Following the evening showing, audience members are invited to stay for a panel discussion where several professionals who deal with Asperger’s Syndrome will share their perspectives on the film.

“Adam” shows in the Mary D’Angelo Performing Arts Center today at 2:15 p.m. and 7:15 p.m. Tickets are free for Mercyhurst students with ID. 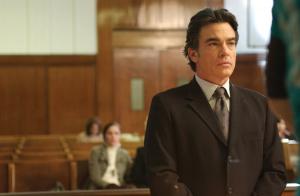 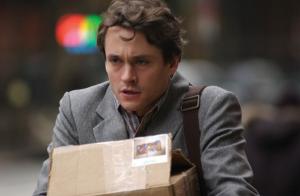