Your Weekly Report from Dungarvan, Ireland: Ashes in the sky

Students, along with the mayor of Dungarvan and his wife, handing the winning jockey of the horse race his trophy. Students include Caileen Farrell, Melissa Kirwin and Sarah Hricko.

We had another exciting and interesting week in Dungarvan, from volcanoes to horse races to food festivals. A number of students had trips planned to Amsterdam, Germany and Scotland, but all the flights were canceled, in addition to thousands of others, because of a volcanic eruption in Iceland. Two students’ parents were planning on coming to Dungarvan, but their flights were canceled.

My parents, who did make it here, are stuck in Ireland for another week and a half until they can get a flight home. The town council has been very welcoming and have taken good care of my parents. As always, we kept very busy and had a blast in Dungarvan this week.

This week was the start of two new classes, those being taught by Dr. Reed and Dr. Snyder. We also had our last class in the Irish language. Outside of classes, Dungarvan hosted a world-renowned festival of food. This festival was massive, according to Tom Keith, with roughly 15,000 people in attendance. The festival had food sampler tents, and over 30 activities to participate in, all of which the city of Dungarvan paid for us to attend.

Activities included BBQs, wine tasting and film screenings, many cooking demonstrations, farm tours and farmers’ markets, in addition to many others. Some of the venues included Middle Eastern and Indian food. Other venues sold crepes and magnificent pastries including cake and donuts. Then the festival ended with the band, Loudest Whisper, playing at a local pub.

On Saturday Mayor Geoghegan and Joe O’Flaherty, who owns a racing horse, took and paid for whoever wanted to go to a horse race. In addition they organized it so students would be able to present the winning jockey with their trophy. Some students lost a few Euros betting on horses, more broke even and one won 70 Euros.

May the road rise before you. 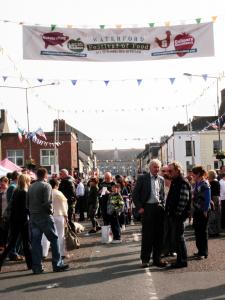 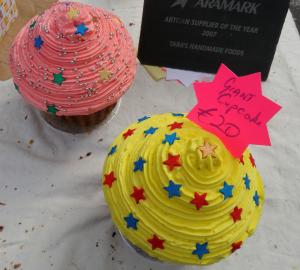