Music preview: releases for the summer 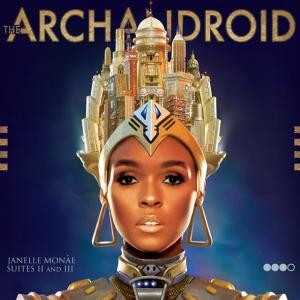 Jmonae.com photoThere are some great new album releases coming out this summer in all genres. I’ve put together some of the ones I’m most excited about and hopefully, you’ll find some new music!

Starting out during finals week, “The ArchAndroid” by Janelle Monáe hits stores. For those of you who have never heard of Janelle Monáe, imagine Beyoncé and Lady Gaga turned indie. She is a soulful indie artist with a sound that blends past and future, and does it well. Her second album, “The ArchAndroid,” will be released on May 18.

June is a very busy month for new music. On June 1, Hawthorne Heights will release their second CD following the sudden loss of bassist Casey Calvert. The new album, “Skeletons,” has the same personal meaning to the band, but also shows they are moving on and branching out.

June 8 might be the most exciting day for summer releases. Rooney will release their third studio album, “Eureka,” which will also mark their first release after splitting from Geffen Records. It will also be the last album featuring bassist Matt Winter. Also on June 8, for all of the Twilight fans out there, the “Twilight Saga: Eclipse” movie soundtrack will be available in stores. And, if that isn’t enough excitement for one day, Hanson will also release “Shout It Out,” their highly-anticipated sixth studio album.

Following in Hanson’s footsteps and staging her own comeback is Fefe Dobson, whose 2003 single “Take Me Away” was a radio hit. Her newest album “Joy” will release on June 15 along with the long-awaited debut from Drake. Drake’s “Thank Me Later” features collaborations with Jay-Z, Lil Wayne, The Dream and Kings of Leon.
For those of you looking for some genuinely fun music, check out 3OH!3’s newest album, “Streets of Gold” when it drops on June 29. The album features a collaboration with Ke$ha, as well as the viral single “House Party.”

Last but not least is the long-awaited release from The Pretty Reckless, which is fronted by Gossip Girl’s Taylor Momsen. The album is expected this summer, but a release date is still to be determined.

I hope you give at least some of these albums a listen and hope you enjoy singing and dancing all summer long!