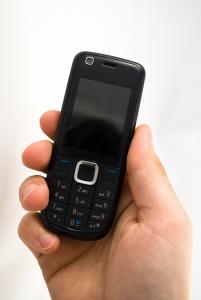 Armed groups earn an estimated $8 million a year from sales of coltan, an ingredient used to store electricity in iPods, digital cameras and cell phones.

In recent decades conflict diamonds, commonly referred to as blood diamonds, have gained international notoriety. These precious stones, however, are not the only minerals that contribute to armed conflict in the developing world.

Conflict minerals mined in war-torn countries, including coltan, cassiterite, wolframite, or derivatives thereof, are commonly used in the production of electronics. Profits from the sale of these minerals often provide armed groups with the monetary funds necessary to sustain their war efforts.

From the outbreak of civil war in 1998, the Democratic Republic of Congo (DRC) has been the site of the world’s deadliest conflict since World War II.

While the civil war officially came to an end in 2003 with the signing of a peace treaty and the establishment of a transitional government, violence is still rampant.

Particularly in the Eastern region of the DRC, civilians face violence by the government’s armed forces as well as rebel groups. The conflict has led not only to millions of casualties, but also to massive human rights abuses perpetrated by both government and rebel groups. Involving seven African countries, the war in the DRC has been referred to as “Africa’s World War.”

Despite the incredible nature of this conflict, somehow the DRC has mostly slipped under the radar of the international community. Because of a lack of conventional media coverage, most of the world’s population is largely unaware of this modern large-scale warfare.

When the topic was mentioned to Mercyhurst College sophomore Chrissy Mihalic, she said, “I find it sad that I don’t know about it. It reminds me that we need to get out of this box of Mercyhurst and realize that there is so much going on out in the world that we don’t know about.”

According to Global Policy Forum, armed groups earn an estimated $8 million a year from sales of coltan, an ingredient used to store electricity in iPods, digital cameras and cellphones. Sales of gold generate anywhere from $44 million to $88 million.

Senior Zoey Alderman-Tuttle, president of Mercyhurst College’s green team, spoke of ways individuals can work to curtail their complicity in this condemnable trade.
“Awareness is the first step in solving this problem. Self-education on sensitive issues is the key to change. More actively, be sure to recycle your cell phones and electronics. Some stores even pay money for used electronics. Be aware of what you buy, where it is sourced from, and what you can do to mitigate your social and environmental impact in a way that helps people globally.”

On a political level, there is a bill (H.R. 4128) in the House of Representatives that, according to Amnesty International U.S.A, is “designed to improve transparency and reduce trade in conflict minerals from the DRC.”