Simple, yet enthralling would be the best way to describe “The xx.” Originally formed by four high school students from London in 2008, the now three-person indie/alternative band created a masterful sound-scape in its self-titled debut album.

Although Romy Madley Croft, Oliver Sim and Jamie Smith were only 19 when they recorded and released the album, the music and lyrics are well beyond their years.

Most, if not all, the tracks to “The xx” were recorded at night in an empty garage at a recording studio, accentuating the already airy, nostalgic feel to the album.

A captivating, instrumental introduction, simply titled “Intro,” opens the album and sets the tone. It is easily a track that can be stuck on repeat for the sheer beauty of the song. 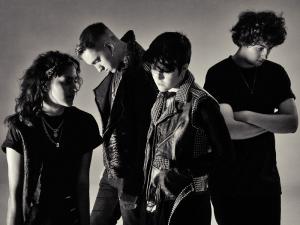 Contributed photo: The xx recently released their self-titled debut album.“VCR” follows, and attests to a friend you trust and talk to about everything—the one with which you can “watch things on VCRs, drink tea and talk about big love.”

“Heart Skipped a Beat” is another track that is meaningful and relatable, capturing the emotional angst after a broken relationship.

The dual vocals from Croft and Sim, though simple sounding, pack a powerful, heartfelt punch. “Please don’t say we’re not finished when I could give so much more,” shortly followed by a building cadence of “Sometimes I still need you,” displays the hurt and trouble when a relationship has ended.

When it comes down to it, the lyrics are pure poetry, and two brief examples are not enough to convey the incredible sound and feel The xx has crafted. The whispery overtones infused throughout the album, combined with deep and thoughtful lyrics, make this a spectacular piece of work.

Overall, “Intro,” “VCR,” “Crystalised,” “Heart Skipped a Beat” and “Shelter” are the highlights of the album. Still, this does not discredit the other songs on the album; they are wonderful compliments to an entire body of musical bliss.

If you still have that $15 iTunes gift certificate from Christmas lying around, “The xx” might be the perfect album to purchase.