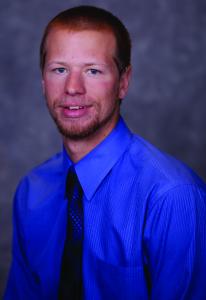 Schuppe competed at the bow seat on the U.S. men’s team, earning a bronze medal.

The event featured such national teams as Egypt, Algeria, France, Germany and Sweden.

Egypt was the leading contender, winning 11 gold medals, six silver medals and two bronze. Tunisia was second in the final rankings with one gold medal and three silver medals.

The U.S. team did not manage to get to the top three in the rankings, but with Schuppe’s help, they were able to acquire one bronze medal.

Schuppe, who is a sports medicine major at Mercyhurst, earned the Rookie of the Year title last year while he competed in the five-seat.

There, he helped the team win a national championship in the men’s Lightweight 8.

Schuppe attended Middleton High School in his hometown of Verona, Wisc., where he was elected captain his senior year for his leadership and achievements.

Over the summer, Schuppe attended a rowing camp in Philadelphia where he learned that a U.S. men’s rowing team was being formed to compete in the International Nile Regatta in Luxor, Egypt.

“This is a festival type race,” said Mercyhurst rowing head coach Adrian Spracklen. “It is an effort by FISA to bring the sport of rowing to countries where it is not very popular.”

“It is a tremendous honor to have Jake represent this team and this school in Egypt,” said coach Spracklen.

The Egyptian government was gracious enough to host the event and make the athletes feel at home.

“They paid for our equipment, travel, meals, hotel, everything,” Schuppe said. “I had security guards with me everywhere I went. I was a little skeptical at first, but I was honored and taken back when I got to meet the Egyptian president.”

Schuppe and the rest of the collegiate athletes from the U.S. competed against the national teams from Egypt as well as Germany, France and Kenya.

“The teams I competed against had athletes with experience ranging anywhere from competing in national championships to the Olympics,” said Schuppe.

Being able to compete against other national teams in Egypt was a humbling experience for him.

Seeing the competitiveness of all the teams gave Schuppe an inside look into what lies ahead if he wants to compete at a higher level.

The coming years will be exciting for the Mercyhurst men’s rowing team because it is no secret that they will have athletes such as Schuppe competing.

“No matter what happens in my career, I will never regret going to Egypt and competing,” he said. “If going to the Olympics is an opportunity that opens up to me, I will not hesitate to take it.”