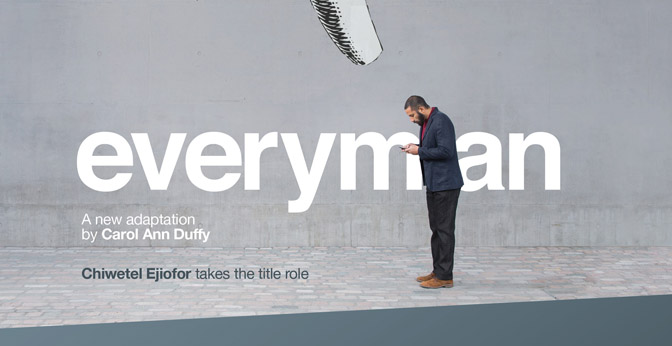 Mercyhurst welcomes the National Theatre Live film series with the showing of the movie “Everyman” in the PAC.

On this Saturday, Sept. 12, the first showing from the new National Theatre Live will be the movie “Everyman.”
As humans, everyone goes through cycles of life, and during our lives, we experience many different events, both good and bad.
What if you were told that you had to go and find a book that contains everything you did in your life, good and bad?
Would you want to find the book and read it? Would you be ashamed by what you saw? Would it make you change your ways?
“Everyman” might just make you do that.
In the play “Everyman,” directed by Rufus Norris, the new leader of the National Theatre, one person has the opportunity to change.
One man gets the chance at a final, frantic and empowering journey to bring back the “book of count,” which contains all of Everyman’s good and bad deeds.
After Death approaches Everyman and explains his task, Everyman sets out to figure out if he lived a life worthy of salvation, or a life condemned to damnation.
Throughout the show, Everyman must relive his actions, which help him realize what is truly important.
As the clock counts down his time, Everyman finds the book of his personal good and bad deeds, but is it enough to help him gain eternal redemption?
“Everyman” will be playing at the Mary D’Angelo Performing Arts Center on Saturday Sept. 12 at 12:55 p.m.
Tickets are $7.50 with a Mercyhurst student ID.