Kubinek to perform in PAC 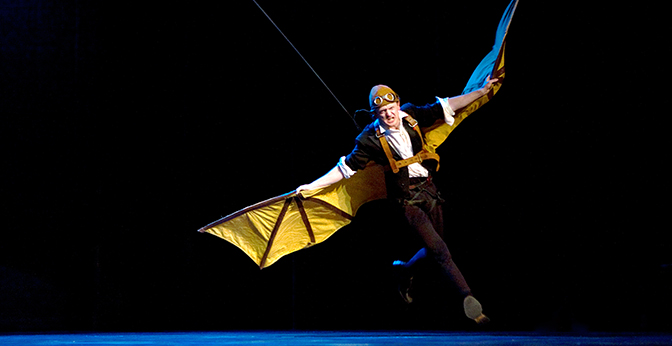 The “Master of the Impossible” will be in the PAC on Saturday.

The comedic performer Tomas Kubinek will be in the Mary D’Angelo Performing Arts Center on Saturday, Sept. 19, at 7:30 p.m. for an evening of amazement and hilarity.
Tomas Kubinek started his career at the young age of five, becoming increasingly fascinated with the theater, but more importantly, clowns and acrobatics.
At the age of nine, Kubinek began his theatre reputation by performing in vaudeville shows. When he was 13, Kubinek had his own agent and was performing in places such as coffee shops and other small businesses.
In his late teens, Kubinek joined the circus and his acting career exploded. Since then, he has performed in over 30 countries worldwide.
Tomas’ show’s unique style has been a hit on Broadway, and has received outstanding reviews from London’s Royal Festival Hall.
Kubinek has been featured on Czech National television, as well as appearing with other circus companies and acrobatic crews around the world.
Tomas has appeared with the Circus Flora in the U.S., and has recently helped direct and co-direct other shows.
Tickets are $12 at the door.