‘Il Trovatore’ to play in PAC 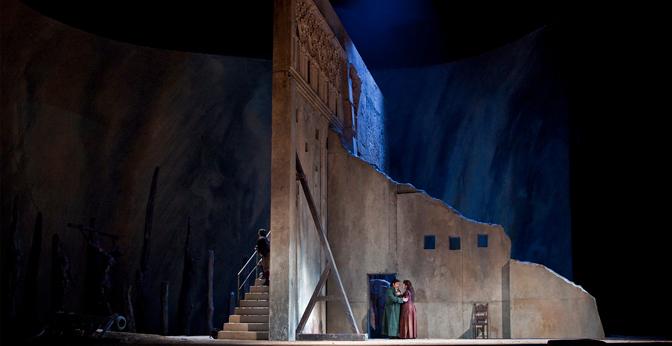 The opera “Il Trovatore” tells a story of love, war and jealousy.

This Saturday, opera fans can look forward to seeing one of the best.
On Oct. 3, in the PAC “Opera Il Trovatore” will be shown at 12:30 p.m.
Written in four parts, “Il Trovatore” takes the viewers on a journey through love, war and jealousy against the harrowing backdrop of a civil war in Spain.
In the midst of this, a jealous young count falls in love with a noblewoman, who does not share his feelings.
As the show continues, Leonora, the noblewoman confesses that she is in love with someone she has never met.
Count di Luna, the commander of the troops, and the man who loves Leonora, decides to change her mind.
He sets up a trap to capture the stranger, and is shocked to find the stranger is the man in charge of the rebel troops.
The Count challenges Manrico, the leader of the rebel army, to a duel.
In the next two scenes, a gypsy is called upon to enact revenge, but the plans go awry and a plot twist ensues.
The lovers narrowly escape and seek refuge from the people looking for them. The final scene is called “The Execution” and contains yet another turn of events.
Tickets are $18 at the door.