‘Skylight’ to play in PAC 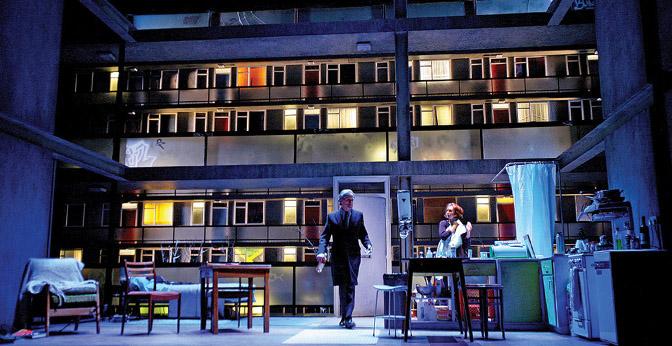 On Saturday, Oct. 10, the Mary D’Angelo Performing Arts Center will be broadcasting a live production of “Skylight,” presented by National Theatre Live.
National Theatre Live launched in 2009 and has since then, broadcasted more than 20 other productions live from the National Theatre and, on occasion, other theatres in the UK and around the world.
Each live broadcast is filmed in front of a live audience in the theatre, and cameras are carefully positioned throughout the auditorium to ensure that cinema audiences get the “best seat in the house” view of each production.
This week’s broadcast is a production of “Skylight.”
David Hare’s Tony Award winning production, broadcast from the West End, will feature Bill Nighy from “The Best Exotic Marigold Hotel,” and Carey Mulligan from “The Great Gatsby.”
On a bitterly cold London evening, schoolteacher Kyra Hollis (Mulligan) receives an unexpected visit from her former lover, Tom Sergeant (Nighy), a successful and charismatic restaurateur whose wife recently died.
As the evening progresses, the two attempt to rekindle their once passionate relationship only to find themselves locked in a dangerous battle of opposing ideologies and mutual desires.
Tickets for “Skylight” are $18 for adults and $7.50 with a Mercyhurst ID.