Q and A session with ‘Kevlar’s’ lead singer 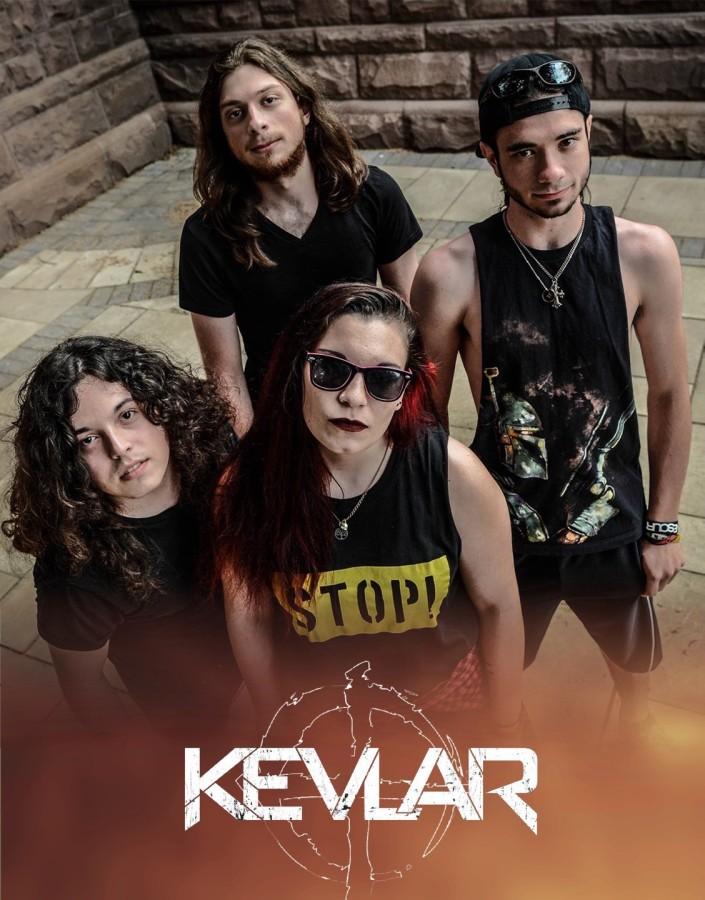 Kelci Guzzo is practically leading a double life; Forensic Anthropology major by day and hard rock musician by night. Her band “Kevlar” is a hard rock band based out of Erie.
After releasing their first album in June, “Kevlar” is back in the studio recording a second album while performing both as openers and as the headliners.
Q. What is your role in the band?
A. “Singer, lyricist, and play some instruments behind the scenes like drums, piano, guitar but they only go on the record and it’s not live. I am also currently learning how to play the violin.”
Q. How do you balance school and performing?
A. “I do a lot of reading on the road between shows. When we are in the studio it takes a lot of time management. I’m either writing music, recording or reading for class.”
Q. What are your career aspirations after college?
A. “I would tour for a few years at first and just be a musician and then go to med school to become a medical examiner because being a medical examiner is my ultimate goal.”
Q. What do you like the most about touring?
A. “I love, love, love going to different venues and different states and experiencing the differences between all of them.”
Q. What is your favorite song on the album “The Void?”
A. “‘For Emma,’ because it is very personal to me and gets me very emotional when we play it live and I feel it really affects and impacts our show by making it more personal and it allows me to connect with the audience more. People always ask me if it is about my dog, but it really isn’t.”
Q. Who is Emma?
A. “Emma is a character that is a combination of a character that I created in a universe where she is very tough and has lived a hard childhood. She is kind of in her own skin and at the same time the character of a girl who I fell in love with in high school who really messed me up. She is pretty much my muse when it comes to writing.”
Q. What are your goals for the next album?
A. “The next album is so much more intricate because there is a lot more meaning to the songs and some sequels to previous songs. It tells a story of the character Emma that we follow through the first record.”
Q. Why Kevlar? What is the meaning behind Kevlar?
A. “Originated from the fact that hockey players’ uniforms are insulated with Kevlar. It also defines who we are as a band because we believe we are tight as friends and as musicians and nothing could break us apart.”
Q. What message are you trying to send through Kevlar?
A. “Basically, that we feel the same things that everyone else does and that we can relate to everyone we come across. Like, we get it.”