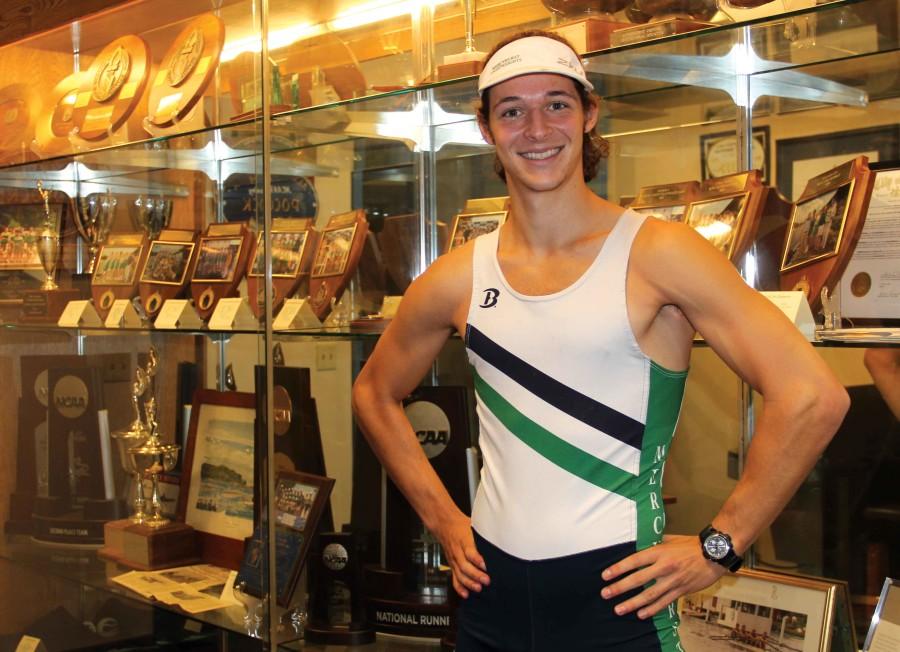 Jonathan Blazevic will compete in the National Rowing Championship in hopes of a spot on Canada’s Olympic Rowing Team.

Mercyhurst rower Jonathan Blazevic will compete for a spot on the Olympic Canadian rowing team on Thursday, Oct. 8 through Oct. 10, when he tests himself in the National Rowing Championship.

This prestigious championship will take place in St. Catharines, Ontario, where the most prestigious rowers from Canada will face four days of intense contests.

“I’m nervous, but excited at the same time because it’s going to be a good experience, seeing myself line-up against everyone in Canada right now,” Blazevic, a senior, said.

His objective is clear: to make it to the national team. In order to do so, the first task he will have to face is a time-trial, where they have one person row at a time. On Friday, he will run the semi-finals, and on Saturday, the finals.

To have a chance to win this kind of championship, athletes must to follow specific work-out exercises and strict diets. Blazevic drinks shakes, eats salad often and works out every day.

He rows in the mornings Monday through Friday, around 5:30 a.m. He does core or biking workouts on Tuesdays and Thursdays and rowing exercises on Monday, Wednesday and Friday afternoons.

Even though the championship will be demanding, Jonathan feels optimistic, hoping that he will make it to the B final, which according to Blazevic, “is enough to get into the national team.”

However, he is not alone. Alumni have been supporting him by practicing with him.

“Everyone here has been encouraging me, pushing me to try this,” Blazevic said.

“The key to stay in shape is to stay away from Egan,” Blazevic said between laughs.

Being that the tournament is a few hours away, Blazevic’s strategy is clear, sticking to what he knows.

“My plan is to race my own race, keep my head in my own boat, and not focusing on anyone else. When it hurts the most, I won’t slow down,” Blazevic said.

After Thursday, it is only a matter of time until it is known whether Blazevic will make the Olympic Canadian team and get to compete in the 2016 Olympic Games in Rio de Janeiro, Brazil.