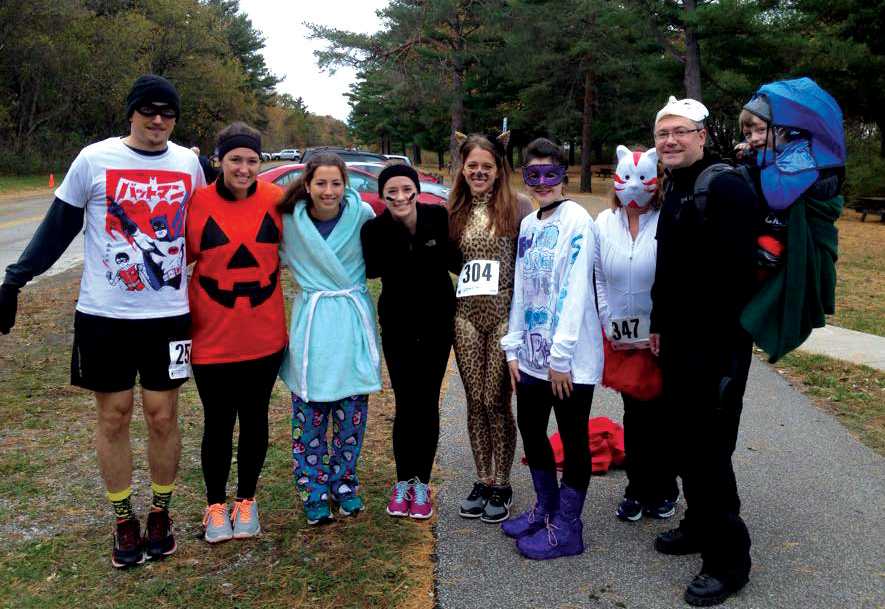 Public Health Club students and professors dressed up for the Boo Run, sponsored by SafeNet.

The run, which took place on Sunday, Oct. 25, was a fundraiser for SafeNet, which is an organization in Erie that offers services to those experiencing domestic violence.

Seven Mercyhurst student and faculty members participated in the event, which drew over 100 participants overall, according to Thomas Cook, Ph.D., assistant professor of Public Health.

Susan Baltes, junior and Co-President of the Public Health Club, was a major proponent in gaining students’ interest in the 5K run.

“It was our first benefit run for Public Health club so the turnout was pretty good. It was a great event to get involved in,” said Baltes.

The goal of the event was to raise money for SafeNet to benefit the community, and have a fun and social activity for students and others to get involved in, according to both Cook and Baltes.

“I wanted to include physical activity into our fall agenda but I also wanted to raise money for a local organization,” said Baltes.

The run was made Halloween themed because of its proximity to the holiday. Participants were instructed to come out dressed in costumes and prizes were given to those who had the best costumes.

“Just about everyone was in the Halloween spirit,” Cook said.

Cook won first place overall in the run and Teufel won second for his age group.