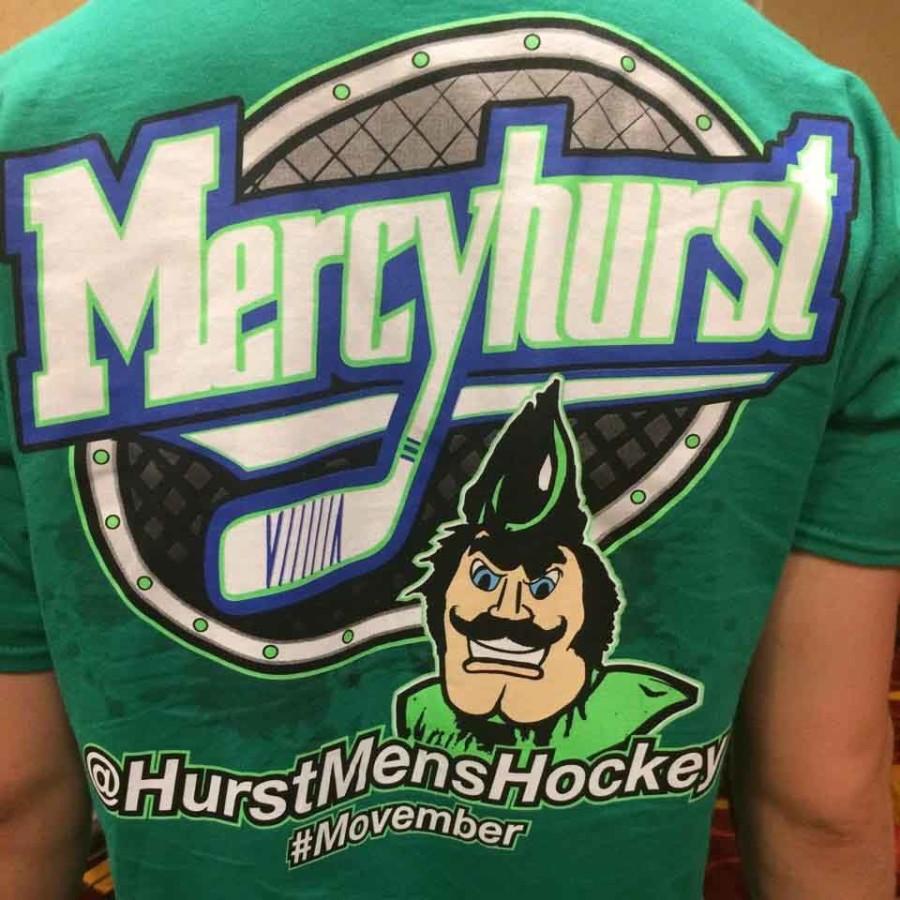 The Mercyhurst men’s hockey team is growing mustaches during the month of November, also known as Movember to support the Movember Foundation.

The goal is to raise money and to help raise awareness and education for men’s mental health, testicular and prostate cancer. All money raised during Movember goes towards The Movember Foundation, to have an everlasting impact on the face of men’s health.

“It’s a silly way of doing it, but it helps get awareness up and it is fun doing it with all of the guys,” sophomore Tyler Enns said.

Enns is this year’s Movember team captain and was in charge of organizing the fundraiser this season. He has raised $587 on his own so far.

“Cancer has touched almost everyone’s family and it’s definitely touched mine, so my family supports me and it’s something that I really try and build on,” said Enns. “Being the one that organized it a little bit, I had to show my support as well.”

There are a couple ways for the community to get involved as well. Movember t-shirts are available at the Mercyhurst University bookstore for $20 each. Also, the foundation has a website, https://us.movember.com/team/2005769, where people can support the team by either donating to the team as a whole or an individual player.

The team has set a goal of $2,500 and has currently raised $634, not counting the money raised by the t-shirts.

Since its humble start in 2003, The Movember Foundation has raised $650 million and has truly become a global movement inspiring support from more than 5 million men and women.

Men are to grow mustaches and raise money through their efforts, while women are to spread the word and encourage the men in their lives to get involved and help raise money as well.

“Some of the older guys have good mustaches going and some of the younger guys are struggling but they all try and chip in,” Enns said.

Movember is halfway over and the team is asking for all the help they can get. Head over to the bookstore and pick up a t-shirt or donate online toward this global movement.

“Movember has always been there in hockey, but it’s definitely more of a team thing in college,” Enns said.