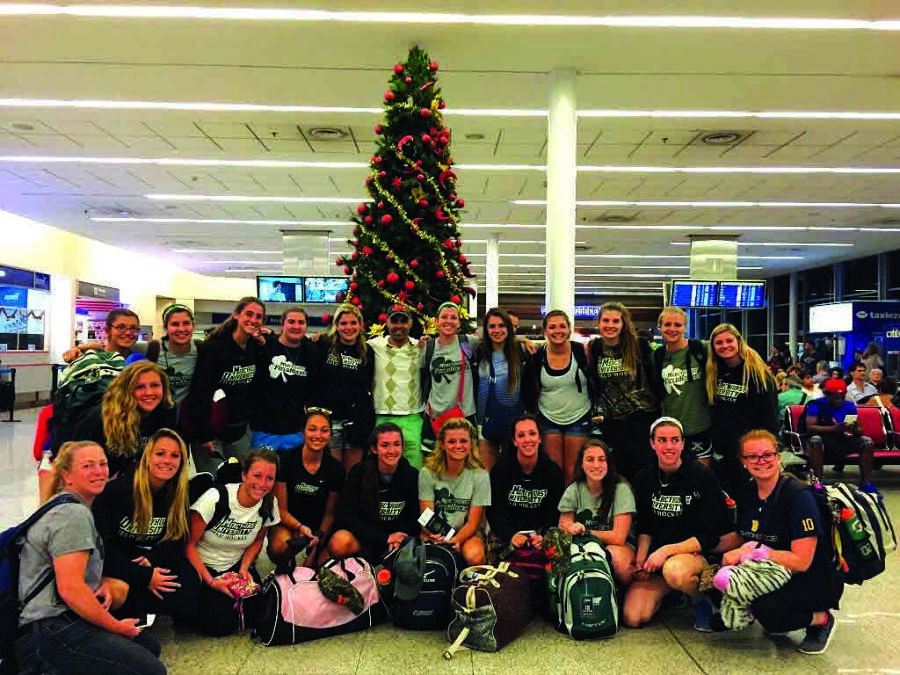 The field hockey team traveled to Argentina to play against some of the country’s top teams and explore the culture.

On the left was an image of a camera looking upward through some trees with a ray of sunlight coming through. The second was a Christmas tree on the side of the road on a sunny day and the final image depicted a blizzard at night.

Through two hashtags, they told their readers: “Guess which one is Argentina and which one is Erie. You get ONE guess.”

If one were to correctly pick the first two images, they would immediately realize the unbelievable experience Stacy Gaudette’s team saw in the heat of the Buenos Aires summer.

The team embarked on their first international trip in four years, as allotted by the NCAA. The team last traveled to Barbados in 2012.

Senior midfielder and team captain Emily Koestler was active in the selection process.

“The seniors picked where we went this year, so I had a lot of say in that, and so did the other girls, and I just think it was a great experience. We got to play amazing field hockey, we got to kill it and have fun,” Koestler said.

A central theme for the Lakers was a spirit of team bonding on all fronts. The trip marked the first time since the end of the regular season the whole squad was together. Practices were held on Dec. 9 and 11, just before leaving in the wee hours of Saturday, Dec. 12. This was the first action for the team since defeating Limestone on Senior Day.

“We were always together in close quarters,” said freshman defender Sara Scolnick. “There was, at least, six or seven girls to a room [in their hostel] and we were all together, all the time. There were only two bathrooms, so we were together every second of every day and it was a lot of fun.”

The Lakers participated in several cultural activities off the field, immersing themselves in the local culture.

“It was really cool to experience the culture and the food, everything about it was so much fun,” said freshman forward Jessica Brandon on her first trip outside the United States. “Besides the whole field hockey part, we spent so much time together and hung-out and it was great.”

A tour of the city began the week, with several other events interspersed within their leisure time. Highlights included a kayaking trip on the Delta de Paraná, a horseback-riding event on the Pampas, a water park trip, and a spiffy tango event on their last day, with several opportunities for the Lakers to head out amongst themselves as well.

On the field, the Lakers enjoyed themselves equally and kept consistent pressure, but were unable to find results. They participated in three clinics designed to improve their skills, each hosted by players on Argentina’s national squads.

“The clinics were amazing,” said Koestler, “they did basic drills that we should be doing every day, a lot of passing, some shooting, but mostly passing and communicating.”

One of the clinics involved a competition among the Laker position players, where a point system was used for certain drills. Junior forward Alexandra Albright won this competition and was awarded a jersey.

The Lakers’ opponents were four of the top club teams in Argentina—Belgrano Athletic, GEBA (Gimnasia y Esgrima), Club Arquitectura and Liceo Naval. Despite holding their own, the Lakers went ahead but fell by wide margins in the first three match-ups and 3-1 against Liceo. Scolnick was impressed by their style of play.

“They used space very well. They did a good job spreading out and using every part of the field, and they always knew where their players were going to be. So it was not a lot of improvising,” Scolnick said.

Brandon was impressed by the Argentine attack. Brandon led Mercyhurst with eight goals and 19 points this past season.

“They pass a ton, and their passes are very accurate and very hard. They do a lot of drag-flicks and crazy reverse chip-shots. At the higher levels, you see a lot of that. Their stick skills are more precise and honed down, they’ve worked on them so much,” Brandon said.

The Argentines are used to AstroTurf which allows for much faster gameplay, compared to Tullio’s FieldTurf.

“When you start [young], your skills develop much better, and Astro is the actual turf of field hockey. That’s the surface you should be playing on, and that’s why they’re so good. They had skills that we’ve never had because of FieldTurf. Astro is purely flat, it’s water-based or sand-based, and the game is so much faster on AstroTurf like that. And because it’s so much faster, your skills have to be faster and more tight, and growing up with that, that’s how they were so much better. They were unbelievable,” Burns said.

A major question entering the trip was a potential for replacements of the starters, but several Lakers maintained that the primary objective was not to win, but rather learn the sport better.

The team participated in three clinics to improve their skills and learn new drills to take back to Mercyhurst with them. 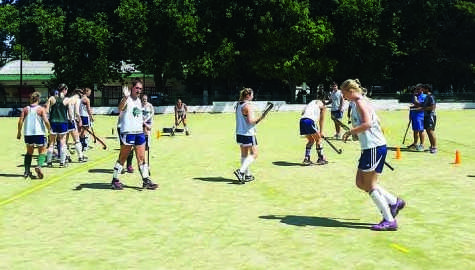