Mathematics: Banished to the top of the tower? 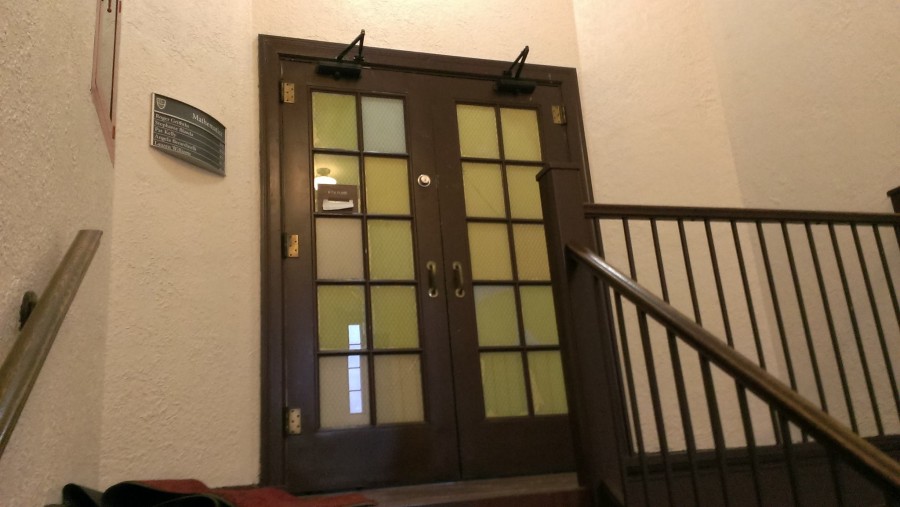 The entrance to the Mathematics Department, cracked glass and all, on the top floor of Old Main.

Sometimes math gets a bad rap.

Many students, particularly those in the humanities, have been known to cringe upon hearing terms such as “logarithm,” “calculus” and “2 + 7.”

I must confess that I, too, am among that sorry bunch that shies away from the F of X and the world of division, and struggle shamefully as I attempt to calculate my standard 5 percent tip while eating alone at Chuck E. Cheese’s.
Many a night was spent in high school sobbing gently over Khan Academy videos and hopeless scribblings on red, spiral-bound notebooks.

When I entered Mercyhurst and left my home still wet behind the ears (among other places), I was under the impression that I was also leaving my math troubles behind, and my mathematical ineptitude could be quietly swept under the rug along with all those ladybugs I killed over the years.

I was mistaken. The core had other ideas.

The horribleness and saving grace of the Mercyhurst common core is its exposure to multiple fields and ways of understanding the world. Mathematics is, as it rightly should be, an integral part of the liberal arts, and is thus an integral and valued faction of Mercyhurst University, an institution which prides itself in providing a well-rounded education, along with quality facilities to learn in.

However, when it comes to space and quality, it’s clear that not all departments at Mercyhurst are treated equally. 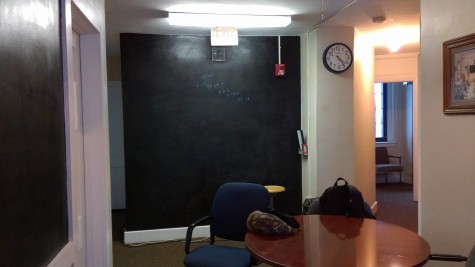 Roughly two years ago, while still part of the The Zurn School of Natural Sciences and Mathematics run by the recently departed James Adovasio, Ph.D., the Mercyhurst Mathematics Department was officially moved out of its offices in Zurn Hall of Science and Fine Arts, and shipped up (or banished?) into the cramped quarters of the attic in Old Main.
If you’re unsure of where exactly that is, just take the spooky 1920s-style elevator behind the reception desk in Old Main all the way up to the fourth floor.

As the elevator door slowly opens outward, you will notice chipped white paint and a short, narrow hallway leading to the center of the small, dimly-lit room (the ceiling fan appears to have only one working light bulb).

The professors in the department are not even given the respect of having their name plaques on the paint-chipped doors of their offices, some of which have poor and uncontrollable heaters in them. 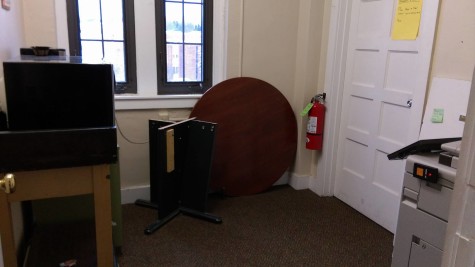 The small break room consists of a microwave on a fold-out table and a printer with the broken door pieces of a previous department chair around it. The library space is a few shelves in a closet.

The department has apparently attempted to make the most of the inadequate space they’ve been given. They turned a wall into a large blackboard themselves and placed a round table and chairs as a small study space near a rusty metal ladder leading to the rafters of the building.

Now that Mathematics is a part of the Tom Ridge School of Intelligence Studies and Information Science, one might think that they would be moved to a better facility or given a renovation (or at least name plaques for their offices that aren’t just pieces of paper). This has yet to be the case. The Mathematics Department remains sectioned off, out of sight and, perhaps for the higher-ups in the administration, out of mind.

What are perspective mathematics students to think when they tour Mercyhurst and see the facilities given to the Math Department by the University? It looks as if the institution is one with little appreciation for an essential field that should have it.

As a liberal arts school, Mercyhurst should take pride in and uplift all of the departments that make its education valuable and its students well-rounded. It shouldn’t feel as if you’re going to visit Quasimodo every time you drop in on the Math Department. The professors deserve properly functioning heaters and painted doors. They deserve names on their doors. 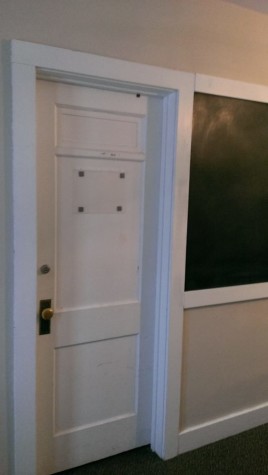