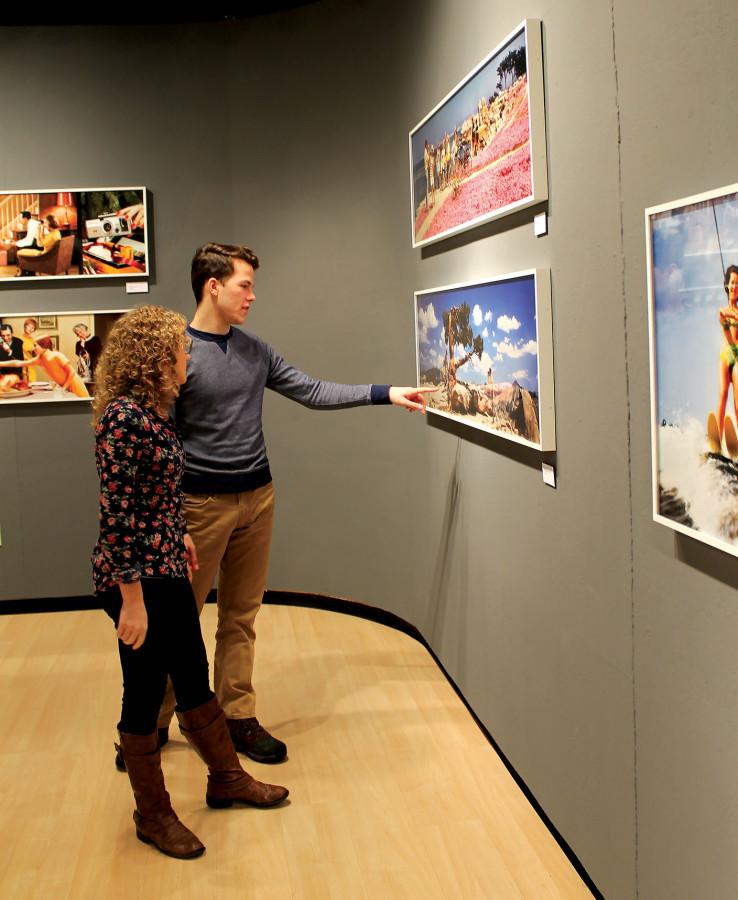 The newest exhibit at the Cummings Art Gallery celebrates the iconic images that were described as the “World’s Largest Photographs.” Colorama, developed by the Kodak Company, are huge 18-by-60-foot images that were hung in Grand Central Terminal from the 1950s to 1990. These images quickly became just as famous as the terminal itself.
The images hung in the terminal as advertisements. Only 565 full-sized Colorama photos were made between the 1950s and the 1980s. They were made of panels of transparency paper pasted together which were then lit up from the back so they could be seen at any time throughout the day.
The display in the Cummings Art Gallery showcases reproductions from the George Eastman House.
The curator of the exhibit, Alison Nordstrom, provided a booklet for the exhibit. It was reported that the vice president of Kodak told his staff, “You are here to promote photography… Talk photography first, Kodak next.”
This demand was followed through in almost all of the Colorama pictures. In all but one or two of the pictures a camera is visible but not showcased as a Kodak camera.
Colorama photographs portrayed the ideal family life. Nordstrom states, “Families most commonly consist of attractive, athletic parents, with two children, usually a boy and a girl. If this family is expanded it includes one or more grandparents.” These families were portrayed doing many activities together, such as the one Colorama titled, Saturday Night Family Bath.
The major purpose of the Colorama was to remind people then and now to pause and capture the present moment so that it can be enjoyed in the future.
Be sure to check out the Colorama photographs at the Cummings Art Gallery from 9 a.m. to 4 p.m. Monday through Friday and weekends from 2 p.m. to 5 p.m. The exhibit will be on display until Sunday, Feb. 7.