In a library not so far, far away… 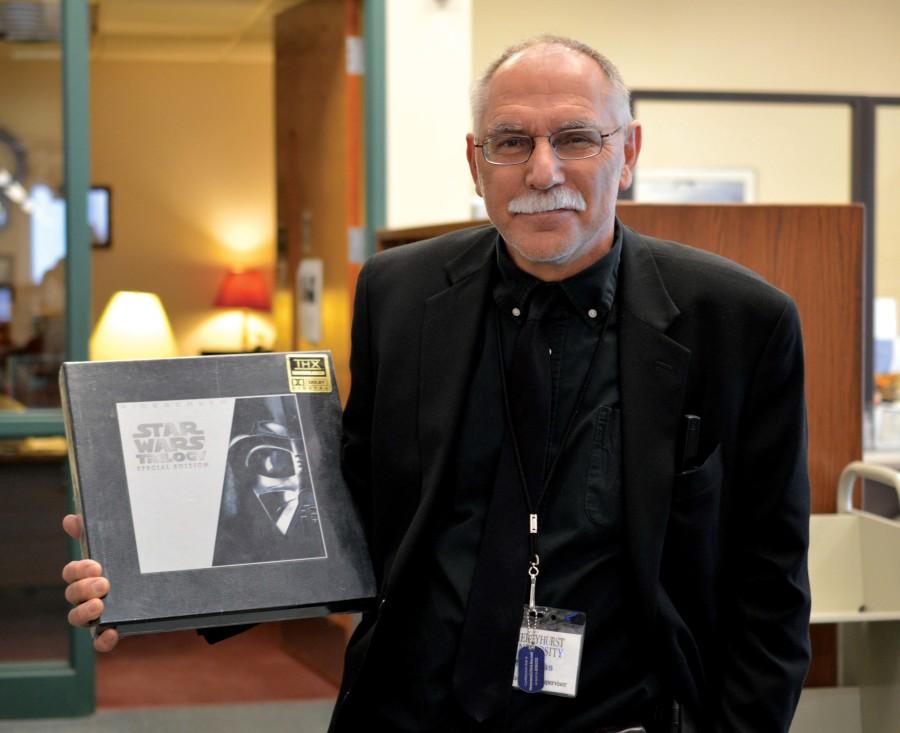 The Hammermill Library is home to an original piece of Star Wars memorabilia, a Star Wars Original Trilogy Laserdisc.

According to the library staff, Mercyhurst’s laserdisc is not worth as much as hoped or expected, with a retail value of no more than $50. However, since the new release of the Star Wars: The Force Awakens, memorabilia prices have skyrocketed.

Star Wars’ laserdiscs are being sold for over $300 on eBay. The laserdisc is not currently in circulation so it is unavailable to be checked out by students.

A laserdisc is an oversized DVD, about the size of a vinyl record with a 12-inch diameter. According to eBay.com the first Laserdisc was manufactured in 1977, the same year as Star Wars: A New Hope. Despite this, the first Star Wars laserdisc was not released until 1993, according to a review by Rolling Stone Magazine.

A disc can store 30-60 minutes of video information on each side. For one movie there is usually more than one disc, unlike the modern DVD. Rolling Stone Magazine reported that the trilogy required 18 sides.

Laserdiscs require a special player for viewing as they are too big to fit in a modern DVD player. The library does not have a laserdisc player to play the movie. Due to this, and to the misfortune of the Star Wars fans on campus, there will not be a Star Wars movie night using these discs in the foreseeable future.

The laserdisc players require the discs to be in very good condition in order to be played correctly. It is unclear as to what condition the discs in the library are in.

The technology used to play movies was not the only thing evolving. The first Star Wars movie was groundbreaking in its quality and complexity. It was one of the first movies to rely on computer generated imagery and it kick-started the movement toward special effects. These special effects were better viewed at a higher resolution which made laserdisc the perfect medium for viewing.

Tom Gerencer from moneynation.com wrote that when adjusted for inflation, the Star Wars: A New Hope movie grossed $3 billion at the worldwide box office. The newest movie made $1.78 billion worldwide to date. It broke box office records by reaching $1.09 billion in the first twelve days of being released.

In total, the Star Wars franchise has made $29 billion to date, according to the Statistic Brain Research Institute. George Lucas agreed to take a lower salary for his movies in order to have full rights over the money gained through the sales of toys and other forms of memorabilia and merchandise.

According to Gerencer, Lucas’ choice was the correct one as estimates show that $14 billion worth of official Star Wars products have been sold.