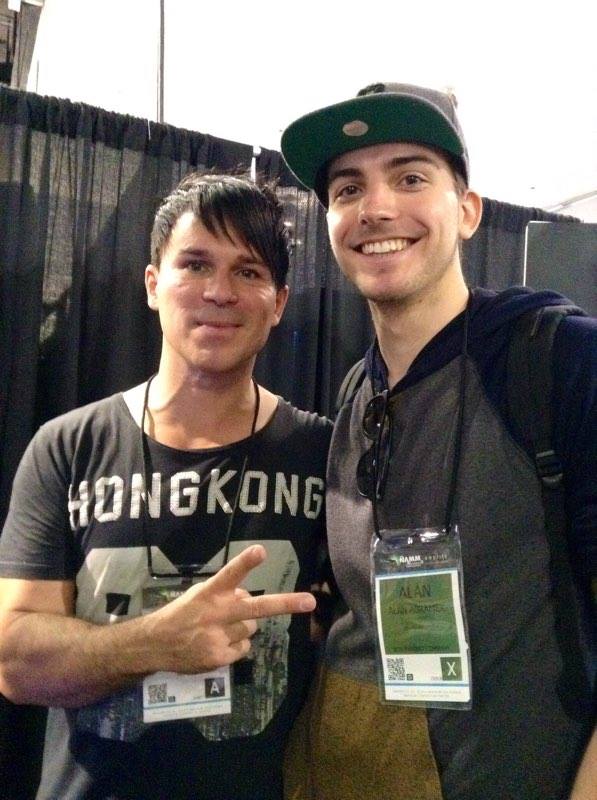 Some of us can only dream of meeting our idols. One Mercyhurst student became friends with many of his own.

This is the third year Abramek joined the convention, which had more than 1,700 exhibitors showing music products, including pro-audio, lighting and sound recording equipment. They collectively displayed over 6,000 brands to attendees from all around the world.

Abramek first heard of the NAMM Show from music engineers and other professionals he looked up to within the industry. However, people can only attend by invitation. Abramek is a regular customer of Polish software company, PSP Audioware, which produces one of the best plugins in the market. Through the connections with the people behind in the company and his friend Robert Dudzic, a fellow music producer, Abramek got his invitation.

“It’s definitely not only to have fun, but more like a business event to see the newest technology and I also get to interact with people I look up to,” said Abramek.

“I saw Stevie Wonder passing me by. I saw Steve Vai, who is a guitar player. Also Macy Gray, BT, Morgan Page, Steve Duda and a lot of music people.”

This year, Abramek focused on networking. To make that possible, he set himself two specific goals when walking through the convention. The first goal was  to meet new people. The second, and most important one, was to learn something new about the music business.

“It was amazing. Not only can you see the music exhibition but also the seminar session where you can learn from the top engineers in the music industry. I love it so much, not just because I get mind-blown every single time, but also I went there to get connections, network,” Abramek said.

The NAMM show gave Abramek an exciting opportunity. He got to make friends with Steve Duda, a well renowned music producer and software programmer. He had the chance to do a pre-program setting for one of Steve Duda’s plugins for a third party company.

“Steve Duda released a software application that you use inside of your music making software. I made settings for his plugin called LFO tool, which is used to easily and quickly modulate volume of the track in a rhythmic manner. They are included in every download when people all over the world buy it from his website,” Abramek said.

Through the gained experiences, lessons learned and connections, Abramek  said he had a better vision about the industry that will prepare him for the future.

“It’s a one of a kind event where everybody just gets together, with no barriers between, because the thing that connects people is the same passion for music. Inspiration, knowledge, motivation and experience grow whenever I am there,” Abramek said.

After graduation this spring, Abramek plans to move to Los Angeles and continue working on music production.