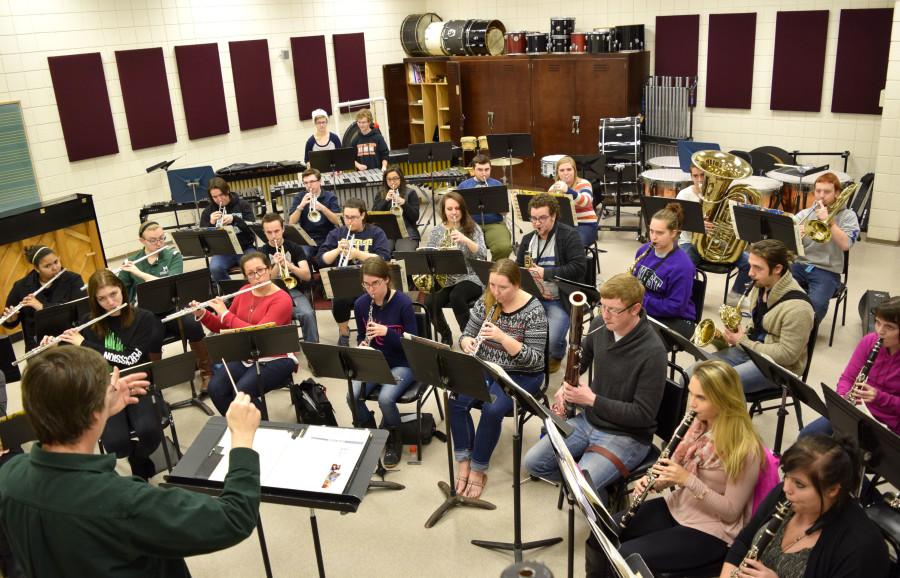 The Music Department of Mercyhurst University will host the Tri-State Music Festival again this year.
It is a 3-day music festival that showcases not only Mercyhurst musicians, but also high school musicians that have proved to be extremely talented in their repertoire.
The Tri-State Music Festival will celebrate its 13th year. The festival will begin Feb. 25 and conclude on Feb. 27. It will cater to as many as 90 students from 15 schools in the area.
Scott Meier, Ph.D. will direct the festival and conduct the performances. The students will also be taught by other faculty and guest musicians throughout the three days.
On Friday, Feb. 26, Mercyhurst music students will host the Prism Concert in the Performing Arts Center. There will be ensembles as well as solo performances. The Mercyhurst Wind Ensemble has been working to prepare for the Prism Concert for several weeks.
This concert will be at 8 p.m. and is free and open to the public. It is a great opportunity for Mercyhurst students to get out and show their support for their classmates and friends.
“The Tri-state concert is a great way for the participants to see a collegiate ensemble and to know what to expect in the coming years,” Clarinet player Sara Mills said.
“We’ve had the music for a little while, but we’ve been working for the past few weeks tweaking and refreshing for the performance. The music is extremely dynamic and shows both the technical and tonal abilities of the ensemble.”
One of the pieces that will be performed in the Prism concert is “Transcendent Journey” by Rossano Galante.
Composed in 2010, this piece is unlike the others because it is a recent composition.
“I would say that if you close your eyes, the rise and fall of the music and the fanfare makes you think of a movie score,” Sara Mills said.
It is written as if it is a grand film score complete with a dynamic opening. It takes you on a thrilling musical adventure through the crescendo, or climax, of the film in the Cantabile section. There is a soft build-up as if everything is going to be OK, but then it leads into the intense moment of the film and then decreases into a big broad ending.
At the end of the three days, the students participating in the festival will perform on Saturday, Feb. 27, in the Honors Band Concert.
This is the final event that the students will participate in after a series of seminars and rehearsals.
The Honors Band Concert will only be comprised of high school students with the exception of the percussion section which will have a few Mercyhurst students in order to fill out the ensemble.
The concert will start at 2 p.m. in the Performing Arts Center.
Like the Prism Concert, the Honors Band concert will also be conducted by Meier and will be free and open to the public as well.