This recital was on key 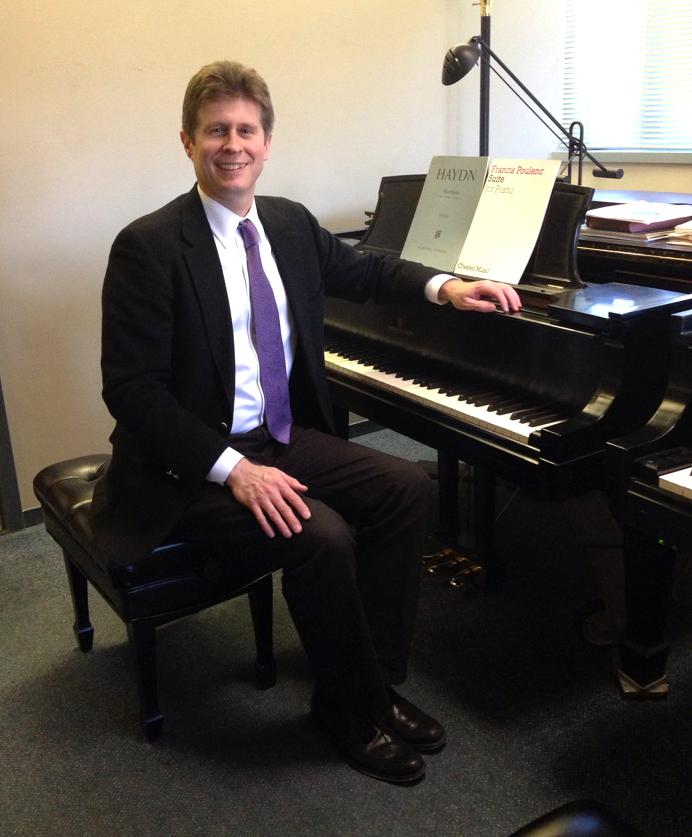 Another week, another music recital. On Thursday, March 3, I attended Nathan Hess’s, D.M.A, faculty recital.
I went with Jenny Sabliov when she interviewed Hess for the preview article, so I knew what to expect for the recital.
I knew that Hess was going to have a piece that required four hands, so when I saw the one stool I was confused.
I thought to myself, “Are they both going to sit on that itty bitty little baby stool?”
I imagined that would have been rather humorous to watch, but figured they would bring out a second stool.
The first piece by Haydn was very whimsical and I liked how upbeat it was.
He did not use sheet music which is always impressive to me because it was perfectly rehearsed and flawless.
One thing I thought was really cool was that he criss- crossed his hands for a bit of the piece.
I know if I tried to do that, my hands would become very confused.
During Jenny’s interview with Hess, he commented that he was not sure if he was going to speak about the pieces or use program notes.
At that time, he was convinced that he would only write down program notes.
I was pleased to discover that he decided to talk as well.
He even made a funny remark, another thing he said he would not do.
In his speech, I learned that the main tune of the Haydn piece was actually about a farmer’s wife trying to catch her cat.
That was pretty amusing.
The second piece featured Fr. Sean Duggan.
They brought out the second stool as I imagined, but they set them up in a very peculiar way.
I assumed that they would set the stools out long ways so that the stools would cover the length of the keys.
No.
Rather, they set them up so that the short ends of the stools faced the piano so the total length was about one stool turned so the long end faced the piano.
These are musicians, not mathematicians, evidently.
I learned in the two middle pieces that playing a piece with two people on the same piano requires a lot of coordination.
The timing had to be perfect and to do so they both inhaled sharply to keep each other in time.
The last piece was a solo piece that Hess performed without sheet music, again an impressive feat.
When he introduced it, he said there was a stormy middle section in one of the movements.
The only thing I could think was that there was going to be rain, or snow due to the weather, in Walker Recital Hall.
Overall the recital was, as usual, perfect to my ears and allowed me to get away from the stress that Friday was sure to bring.