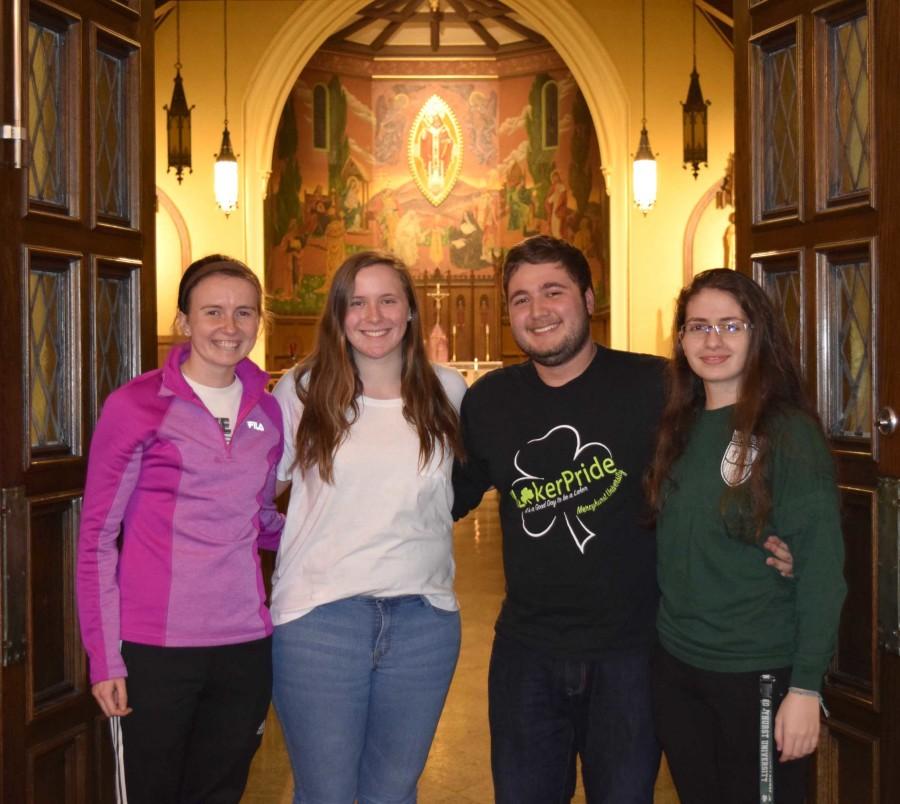 Catholic Mercyhurst students are being given the opportunity to go further within their faith through Catholic Devotions. They take place in Christ the King Chapel on Tuesdays at 8:30 p.m.

On Tuesday, March 1, a group of Mercyhurst students acted out the Stations of the Cross and the previous week they said the rosary in various languages. People are allowed to come watch and participate if they like.

With the remaining Tuesdays of the school year, different forms of prayer and devotions will be incorporated as well.

Sophomore Political Science major Sergio Cortes started Catholic Devotions this year and is one of the leaders, with many good things to say about them.

“Catholic Devotions is awesome. This is a place where Catholics can be welcomed and be reconnected with God, practice faith, and go deeper within their faith in a Catholic form of expressing it,”
said Cortes. “I want everyone to come. Anyone is welcome including non-Catholics. Everyone is open to the Catholic Church.”

“In a lot of ways, this new group picked up right where the old group left off. There was no real difference between the two…” Best said.

Catholic Devotions have been used within the Catholic faith for many years.

“There have been devotions in the Catholic Church going back to the Middle Ages particularly for the saints and the martyrs…, Piszker said.

Throughout the years Catholic Devotions have gone through different phases as well.

“There was a decline in all of these devotions and seemed like they disappeared when in actuality they were going through a period of reform and re-examination. In recent years, the Eucharistic adoration became more popular with the current generation of young people that connects these devotions to Catholic identity which is a primary importance to them,” Piszker said.

Members taking part in them have had only positive words about their experiences thus far.

Sophomore Intelligence Studies major Ryan King also brings up being able to come together with other Catholics.

“Seeing the stations of the cross acted out, instead of just reading about them or seeing pictures of it, allows you to immerse yourself in the action and connect with your faith on a deeper level,” King said.

One of the participants also brings up a point about the day Catholic Devotions falls on.

“It is nice that it can be more than just on Sundays and gives you different ways to experience the faith,” Natalie Merucci, sophomore Intelligence and Psychology major, said.