Another look at Anne Frank 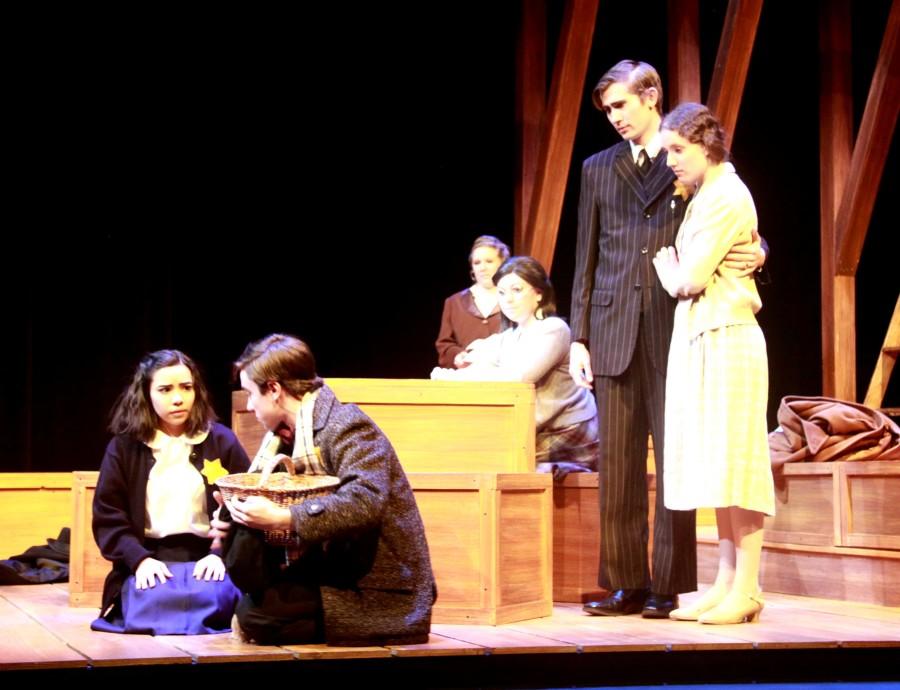 Think you know the story of Anne Frank? Well, think again. The Mercyhurst Theatre Program is presenting Wendy Kesselman’s adaptation of “The Diary of Anne Frank.”
“It restores references to Anne’s burgeoning sexuality as well as the diary’s overt Jewishness,” Director Brett Johnson, Ph.D said.
Anne Frank wrote in her journal, “I want to go on living even after my death.” This adaptation does exactly that it recreates her life with adequate truth and justice.
Even though viewers can expect minimalist staging, Johnson says the play “captures the claustrophobic realities of [the characters’] daily existence.”
Most associate ‘The Diary of Anne Frank’ with the Holocaust, but now it can be seen for what it really is, an “impassioned drama about the lives of eight people hiding from the Nazis in a concealed storage Attic.”
This aspect of humanity is what most attracted Johnson to the play.
“[It is] a reminder of the humanity of those who are systematically oppressed by governments,” freshman Rose Pregler who plays Anne Frank, said about the play.
Sophomore Tyler Kirchmeir enjoys Kesselman’s adaptation because the majority of it is not a sad play.
“There are moments within the story where there are moments of happiness, laughter and joy…. Yes, at the end the Nazis get them, but there is so much more to it than that,” said Kirchmeir.
The original piece is more censored to avoid controversy.
Anne’s sexual feelings and maturity are largely cut out of the original play.
Kesselman’s version restores much of these aspects and gives the play a better foundation to fit with the current generation.
However, Anne Frank often comes with the stigma of being worn and overly sentimental.
“Our challenge, then, is to tell the story in a way that will allow people to see it afresh,” Johnson said.
The performances are sure to deliver.
Adult tickets are $10, student and senior tickets are $7 and youth tickets are $5.
Mercyhurst Students can purchase tickets for $5 with a valid student ID.
There will be 8 p.m. shows on April 7, 8 and 9.
There will also be matinee performances at 2 p.m. on both April 8 and 9.
Come out and relive the incredible story of the brave Anne Frank.