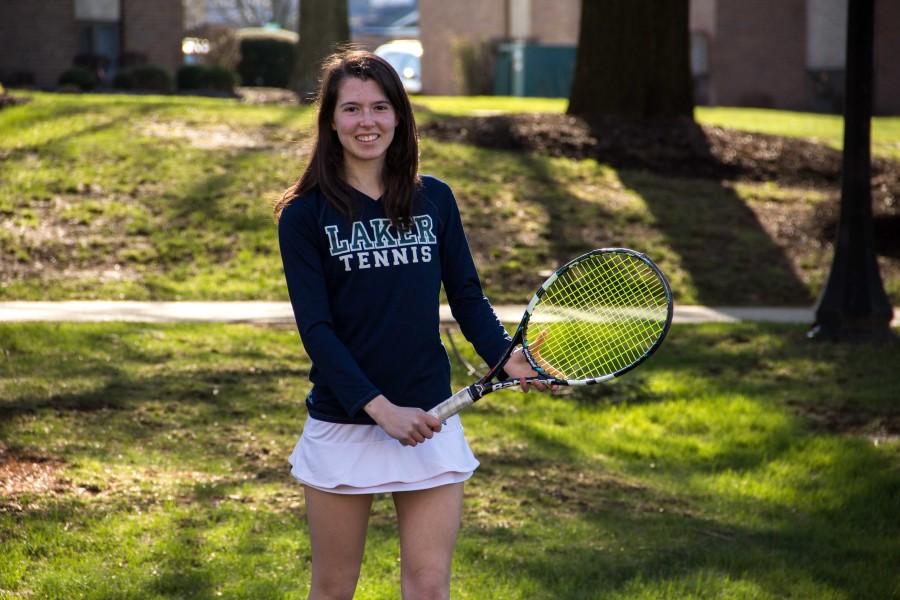 The Lakers came out triumphant against West Chester University and Millersville University on Friday, April 8, and Saturday, April 9. With these two victories, the team is now 10-4 overall and 2-2 in the PSAC.

On Saturday, April 9, the No. 46 ranked Lakers swept Millersville. In doubles, Baich and Gomez de Segura teamed again for an 8-0 sweep. Moreover, Adrianna Jeffres and Frost won, 8-4. Mantecon Duro, alongside Spahalic, outscored, 8-1, at No. 3 doubles.

“I’ve been playing very well. I am more confident and my service is more solid now. I just want to continue with my progress,” Duro said.

The Lakers dominated the singles match-ups, 4-0. Gomez de Segura and Baich swept their opponent 4-0. Frost and Spahalic won the other two doubles.

Mantecon Duro added that if they keep up with the effort and intensity, they will make it to nationals.

Mercyhurst’s momentum is not only a team effort, but an individual one as well. Gomez de Segura earned PSAC West Athlete of the Week. She is ranked No. 24 in NCAA Division ranking and No.1 in the PSAC.

“I didn’t see it coming, honestly. I’ve been working really hard to help the team, so it’s nice to see the rewards of my sacrifices,” Gomez de Segura said.

She also said the good chemistry the team has is key for good results, even if tennis is considered an individual sport.