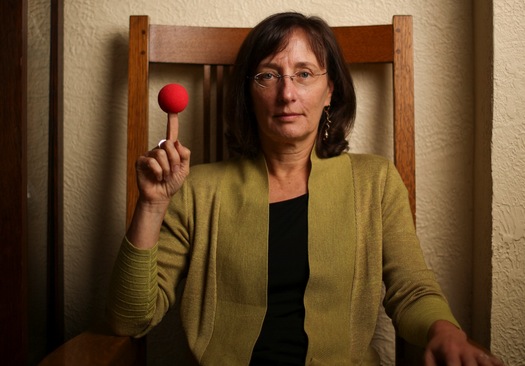 The author, Julie Schumacher, will be do a book signing in Taylor Little Theater.

One of the founders of the Literary Festival at Mercyhurst University, Jeff Roesner, Ph.D, explains the annual tradition of the festival.
Roesner says that he got the idea from his graduate studies at Notre Dame University.
“The university had one every year; it was the most exciting event for a student to meet great writers and get advice from them on future career possibilities,” said Roesner.
“I wanted to give Mercyhurst the same opportunity.”
Roesner said that they have been able to have a wide variety of writers, poets, actors, musicians who combine literature and music, and a novelist come over the past years.
The main goal is to have a diverse population. Some past presenters have been Hispanic, African American and Jewish.
Major writers who have visited campus over the years include Sonia Sanchez, Robert Blye and Jane Hirschfield.
He also hinted that next year’s literary festival will be extra special since it will be the 15th year.
Gregory Brown, Ph.D, is a newer addition to the literary festival.
When asked how he became involved with this tradition, he said that he was a member of the English Department, which allowed some integration for the reviewing process for the Lumen book submission.
Brown explained that they never set a specific theme; the pieces of writing seemed to tie together at the end.
Brown said he became more involved in 2013 when other faculty members were unavailable.
Brown mentioned that his favorite part of the festival is the Lumen book because it was a collaborative process with many students.
“It’s great to be able to talk to established writers and discuss their careers with them, as well as show off our beautiful campus,” Brown said.
“I am grateful for all the support over the years”.
The literary festival will be held on Thursday, April 14, at 8 p.m. in the Taylor Little Theater.