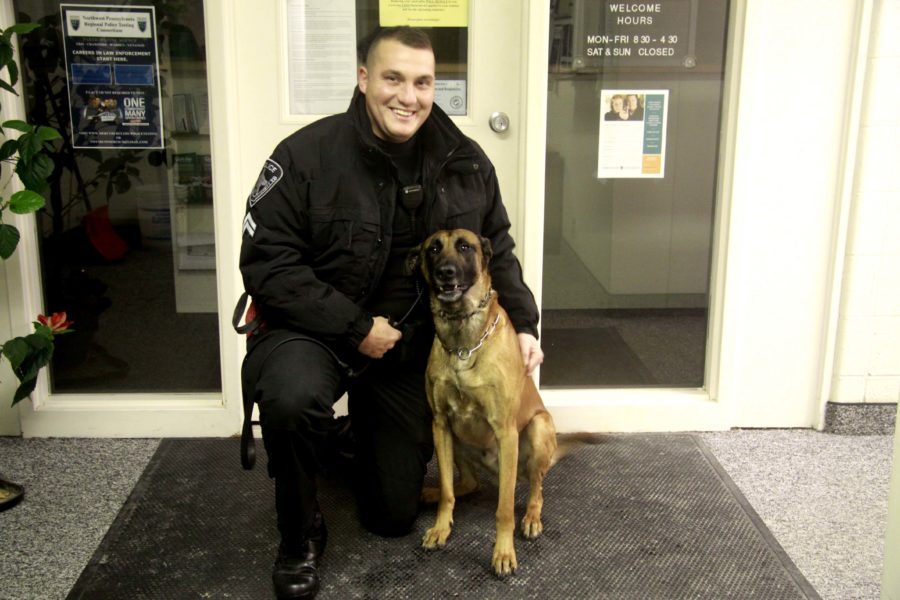 Rico the Mercyhurst police K-9 is fully funded by donations and fundraisers. This year’s 5k run will help support him.

Update: It has been announced that the 5k Run for Rico will be postponed until further notice.

“We don’t get any funding. We have to find ways to fundraise every now and then,” Robert Kuhn, chief of police and director of public safety said.

Mercyhurst does receive a yearly donation to Rico’s fund from Erie Insurance. Rico uses his detection skills to help them with security for large events.

“He’s a regional asset. He goes down to Erie Insurance every now and then to sweep, especially when they have big events,” Kuhn said.

Rico has been with Mercyhurst for just over three years now. He is a Belgian Malinois from Holland and is a trained explosive device dog. He is also trained in tracking and handler protection.

“He is well trained and has lots of energy. He just goes and goes. With his training, he can detect bombs, bomb making materials and weapons,” Kuhn said.

Rico is the only dog of his kind in the Erie area.

“The big trend is soft targets, where people are indefensible, that terrorist are going after. I thought it was a good idea to have one [explosive device dog],” Kuhn said.

Before Rico came to Mercyhurst, there was a robbery at the nearby CVS Pharmacy on March 18, 2014.

“The perpetrator cut through campus and ditched the gun. If we had had the dog we would have found that gun in no time. We never did find that gun,” Kuhn said.

Rico has been called to Penn State Behrend and Erie Insurance. He is also available to law enforcement as needed. Police as far as Gettysburg have requested Rico’s expertise.

“When I retired in ’04 from Erie police, there were 11 dogs on the force. Now there aren’t. There is a dog at the airport but it’s very difficult for him to leave the airport,” Kuhn said.

Originally, state Senator Sean Wiley helped the police department get a grant to fund the initial costs associated with adding a K-9 to the police force.

Local police and state police, as well as community members, are also invited to run and donate.