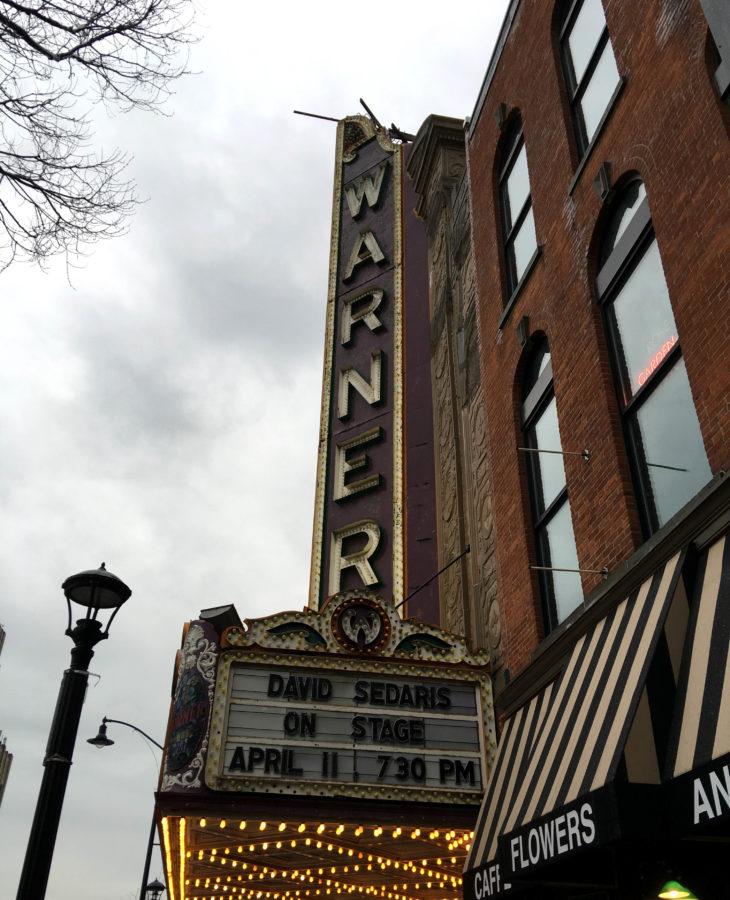 A photo of the Warner Theatre in which the Mercyhurst Concert Choir will join the Erie Philharmonic.

On Saturday, April 30, The Erie Philharmonic will be joined by soloists from the Pittsburgh Opera and Mercyhurst University’s very own Concert Choir in the finale of the Philharmonic’s season at The Warner Theatre.
The “Glory of Beethoven” will contain pieces from the “Three B’s” as the company calls it, apologizing to Bach.
The event will begin at 8 p.m., and will be preceded by a pre-concert talk with Brian Hannah starting at 7:15 p.m.
The concert will open with “Brahm’s Tragic Overture”. The dramatic piece builds the anticipation right off the bat.
Brahm fuses seriousness with strong emotion into one whimsical piece that is both intense and exciting.
Hector Berlioz’s “La Morte de Cleopatra” takes this musical journey a step further in his dramatic rendition of the anguish and death of Queen Cleopatra.
Berlioz’s piece is written for the orchestra and contains a soprano solo to commemorate the demise of Cleopatra.
Beethoven’s “Mass in C” concludes the performance with a piece of musical joy.
The Mercyhurst Concert Choir, under conductor Daniel Meyer, will combine with both the orchestra and soloists to present the exciting piece.
Some relate with critic E. T. A. Hoffmann and enjoy Beethoven’s “expression of a childlike serene mind.”
Other critics find an interest in the seriousness and candidness of the piece.
Do not miss your chance to attend the performance and decide for yourself.
For tickets and information, contact the Warner Theatre box office.