The composer’s concert was a success 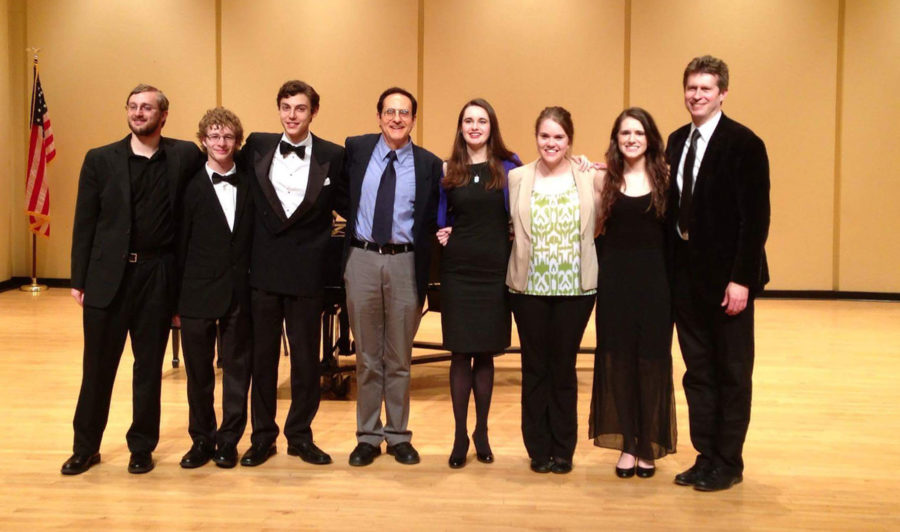 The Mercyhurst University Composition students had a concert on Sunday, May 1, at 2 p.m. in which they presented their compositions for the very first time. Going to a concert that premiered works for the very first time was a pretty great experience. I was a little disappointed that not every piece on the program was performed; however, the concert was about two hours.

The time and effort that was put into this program was evident through the performances. Knowing about the pieces and their composers before going in made the concert a bit more personal for me. I was able to appreciate the concert in its entirety even more because I knew about the struggle that took place to ensure that the pieces were completed on time. It was also a hassle to make sure that they had the right musicians to perform the pieces.

Only two of the composers actually performed their own works at the concert: Mariana Mathewson and Tara Rae. I feel that those pieces truly represented the inspiration behind the work because they obviously knew how the pieces should be played.

Not to say that Nathan Hess, D.M.A., did not do that. He, of course, played very well throughout the entire concert because who else would play the piano and at that level? Albert Glinsky, Ph.D., the composition professor, joked that Hess was the backbone of the concert because he performed a majority of the pieces.

Two of the pieces that really stood out to me were the Zodiac based theme and variations that Mathewson wrote and the string quartet that Nicholas Nasibyan wrote.

I, myself, am fascinated by the western zodiac and astrology in general, so I thought it was very clever to have a theme and variation that represented each of the signs. Let’s just say, I listened very carefully to the Gemini variation of the theme.

The string quartet piece, led by Joseph Kneer, D.M.A., was also one that stood out to me. With it being based on Armenian folk music, it reminded me of the Romanian/ Hungarian folk music that I grew up with, so I really enjoyed the piece.

While it was nice that professional musicians performed these pieces, it was nice to see fellow students helping out their classmates by performing the compositions. One of these was Meghan Mooney-Ryan playing the violin with Rae on the piano for Rae’s piece.

The concert ended with the piano quintet written by Christian Goulione. Kneer was the first violin and Hess played the piano, of course.

The students set the stage in an awkward manner so Hess made the quartet move over so he could see them and he had to lower the piano lid before they began.

Overall, I look forward to hearing more of their compositions in the future because without knowing that these were composed by students, I would have thought that they were composed by professionals.