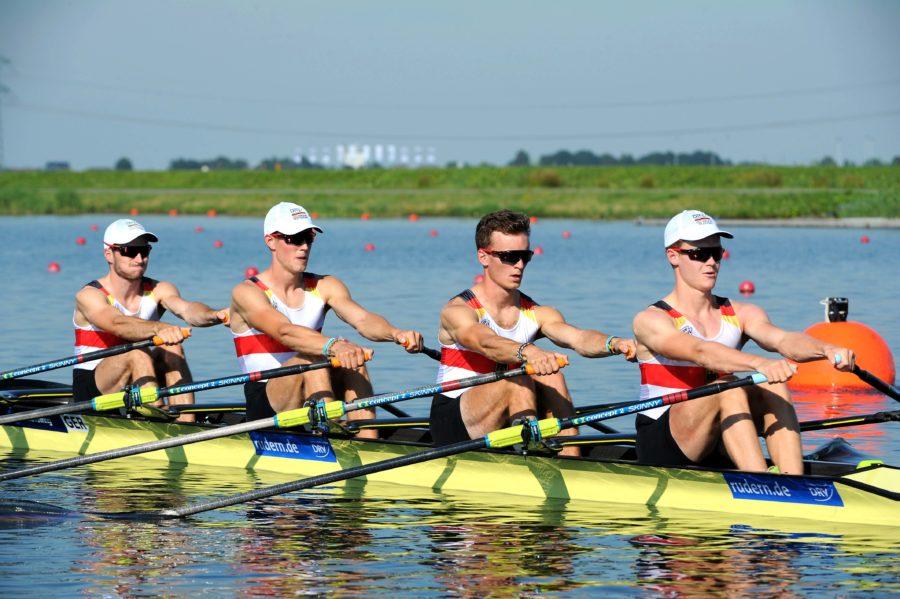 This August, junior Jonas Weller went to the 2016 World Rowing under 23 championships in Rotterdam, Netherlands, and came back with a second-place victory.
Jonas has been rowing since high school in Germany. His access to the sport is bigger in the U.S than in Germany, and he heard great things about Mercyhurst’s team, both of which were reasons to come to the university. Since he is one of the few young rowers that stand out in Germany ,he made it to the German Championship several times before. This is where they chose him to compete in the World Championships, since he missed most of the regular selection process due to classes and finals.
At the World Championships, Weller describes the feeling of being at his highest physical strength ever. “It’s amazing. I had never been so fit in my entire life than on that point,” he said. All he thought while the race was in progress was to give it his maximum effort and then just hold on to the finish line.
Weller and his teammates were in the lead during the first half of the final race. “It was important for me to be successful in the final after coming from a shaky semi-final,” he said. Eventually Great Britain caught up and finished first place, leaving Germany with second place and Italy with third place. Weller accepted this fully and is happy with the results because he acknowledges that he gave it all his strength and that Great Britain had been stronger throughout the whole competition.
“My victory was also for the young men on the team who still have something to look forward to,”, he said regarding the future of the team.
The amount of the strength for his competition was more than the standard strength for rowing. It was pushing it further and longer, which he practiced at Mercyhurst. Most of Weller’s training for the World Championship was done with his teammates and directed by his head coach, Adrian Spracklen.
According to Weller, good rowers are made over the winter and that’s how he got most of his strength and power he needed to reach the championship, by training rigorously during Erie winters. Coach Spracklen gave Weller extra training plans for him to practice here, and then a more specific plan after he left for Germany. His teammates were a huge support as they cheered on from campus and showed their support to Jonas. He appreciates all their support and recognizes this victory for the whole team.