Up next in the series: the cello 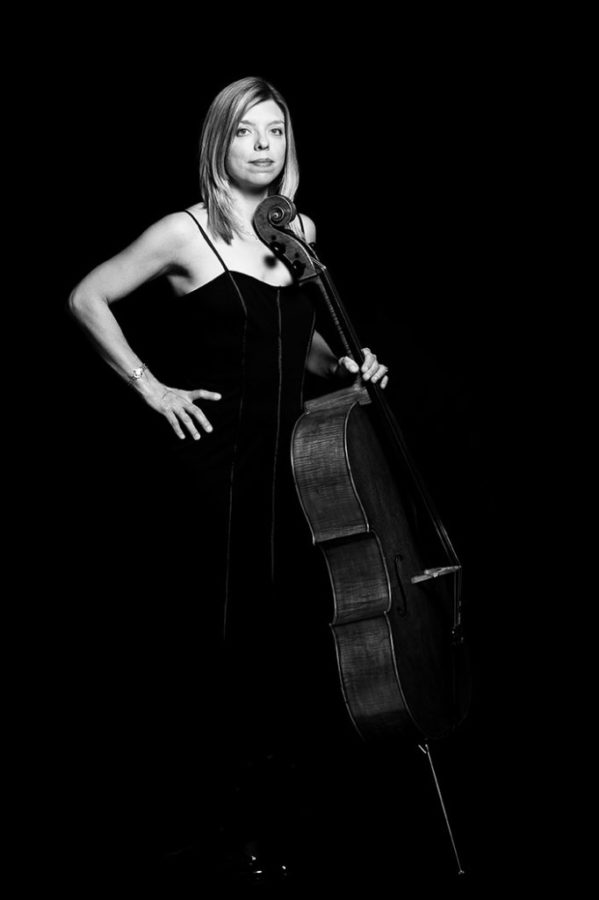 Robin Hasenpflug is next in the Faculty Recital Series.

Robin Hasenpflug, the adjunct instructor of cello at Mercyhurst University, will be performing a cello recital accompanied on piano by Sarah Kahl, D.M.A.
Hasenpflug received her Master of Music degree in Performance from the University of Cincinnati College Conservatory and Bachelor’s degree in Performance from the Baldwin-Wallace University Conservatory.
As a cellist, Hasenpflug has performed in various locations across the United States, as well as in Germany and Italy.
Her recital program, second in the Faculty Recital series, is an exciting and varied sampling of music from the Romantic and 20th century periods of classical music.
The composers Hasenpflug chose to represent in her recital are a mix of French, German and Spanish composers, including Manuel de Falla, Robert Schumann and César Franck. Each of these three notable composers has brought his own national flair and style to his work.
Hasenpflug will be performing the “Suite Populaire Espagnole” (1914) by the 20th century Spanish composer de Falla.
This suite was transcribed for cello by the cellist Maurice Maréchal from de Falla´s original composition, “Siete Canciones Populares Españolas,” written for mezzo-soprano and piano.
“Siete Canciones Populares Españolas” is a set of original traditional Spanish songs arranged by de Falla, taken from various regions of Spain as diverse as Asturias in the north and Murcia the southeast.
The cycle has since become one of the most popular sets of Spanish art song.
“To me, the cello is the closest instrument to the human voice and Maréchal’s transcription from voice to cello stays very close to the vocal version,” Hasenpflug said.
“I really feel like I’m singing. The poetry used for each song is so intense and loaded with romance and double meaning. I will be sure to include a translation in my program notes.”
The next piece on Hasenpflug’s program is the “Adagio and Allegro” (1849) by the German Romantic composer Schumann.
This work was originally composed for the French horn. Hasenpflug will be playing the transcription written for cello.
Schumann struggled with hereditary mental illness throughout his short life, and much of his music such as two of his most popular works, the miniatures for piano “Florestan” and “Eusebius,” expresses his strong and often conflicting emotions.
Hasenpflug is eager to explore Schumann’s fascinating personality through his music and share it with the audience.
“What I love about this piece is the juxtaposition of sadness (the “Adagio” movement), joy (the “Allegro” movement) and then the harkening back to sad within happy,” Hasenpflug said.
“The piece is a very good look inside Schumann’s soul with his own internal struggles between the highs and lows of both emotions.”
Lastly, Hasenpflug will be performing “Sonata in A Major” (1886) by the French Romantic composer Franck.
“Yet another transcription,” Hasenpflug said. “This was originally written for violin but so beloved by cellists that a version was composed for us.
Cellist Jules Delsart was apparently so taken with the composition that he begged Franck for permission to transcribe it for cello. I am so glad he did.”
The Sonata was written by Franck as a wedding present for the violinist Eugène Ysaÿe, and it has since become one of Franck’s best known works.
“This four movement work is a tapestry of lush themes interwoven throughout the overall work,” Hasenpflug said.
“It is a gratifying piece to play and to hear. It is a work that should be in every cellist’s repertoire and I am excited to finally add it to mine,” she said.
“I am thrilled to be collaborating on this program with D’Angelo Department of Music’s staff pianist, Sarah Kahl,” said Hasenpflug.
The recital will take place on Oct. 5 at 8 p.m. in Walker Recital Hall. It is free and open to the public.