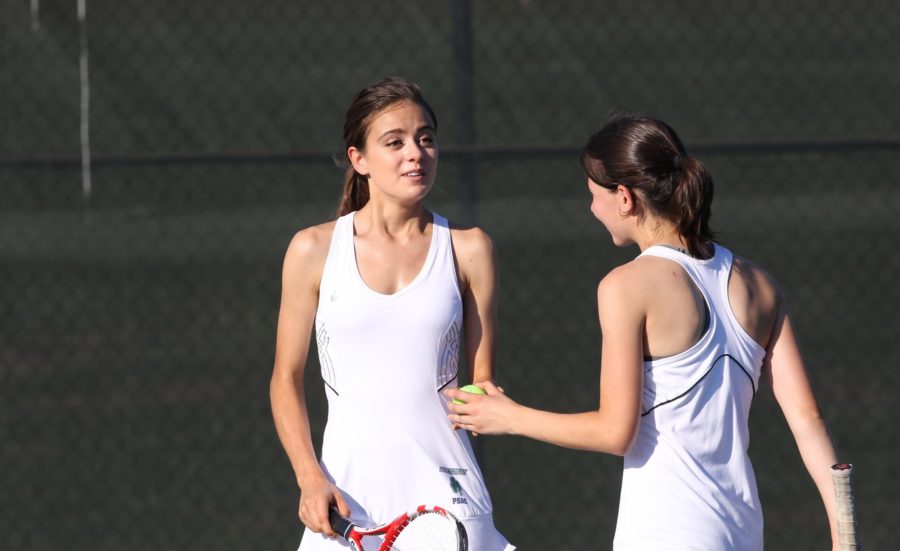 On Friday, the Mercyhurst women’s tennis team will travel to Bloomsburg for the PSAC Single/Doubles Championships. The team will then compete the next two days as well to conclude the tournament.
The tournament was originally scheduled for the weekend of Oct.1, but concerns about weather led to the postponing of the event a week later.
So far, the women’s tennis team has had a great season. The team won its match against Alleghany College on Sept. 14, and saw strong performances out of the players in the ITA Championships Sept. 17-19.
As a matter of fact, senior Annie Bach teamed up with Saioa Gomez de Segura to beat Kayla Frost and Adrianna Jeffress, another laker doubles team.
“I am very happy for my teammates Annie and Saioa,” Frost said regarding this game. “I could not have wished for anyone else to have beaten me and my partner in the final.”
Baich was available to share her thoughts on the season and for next weekend. Baich is a part of a winning doubles duo with Gomez de Segura. Gomez de Segura ended the season being ranked 24th nationally for NCAA Division II, and was first for the region. The duo have had a winning streak in doubles stretching back to April. Their win in the tournament solidifies their trip to nationals as doubles partners later in October, which will be held in Arizona.
“We have a really good chance of making it to Nationals this year,” Baich said. “We have the exact same players as last year, so instead of recruiting new players … what we are trying to improve our own tennis and can get better as a team just by practicing.” The team consists of two sophomores, four junior, and two seniors.
Gomez de Segura showed herself excited about these upcoming finals.
“I’m really excited this year because it will be the first time I will get to play both singles and doubles finals at PSAC,” Gomez de Segura said. “I had the pleasure to win the singles finals two years in a row before, and with my good performance at the ITA, I think it would be great to add another trophy to my career.”
She later added that she has been really happy with her tennis level lately.
When it came to discussing the postponing of the tournament, Baich said it was fine, and that it gave “another week to practice” and prepare for competition. Baich cited that the team has a strong chemistry. “We’re all really good friends,” she clarified. “When someone is losing … we’ll pump them up by cheering for them.”