Up next in the Faculty Recital Series: Bobick 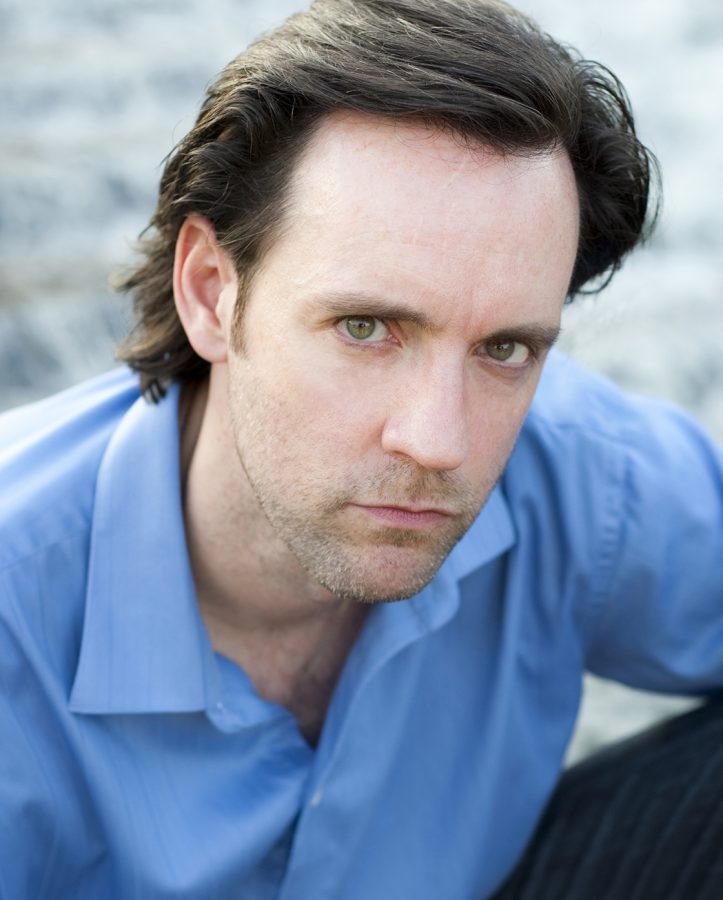 James Bobick, baritone, is next in the Faculty Recital series.

James Bobick, baritone, and instructor of Voice, Opera, and Diction for Singers, will be giving a recital accompanied by Nathan Hess, D.M.A., chair of D’Angelo Department of Music and assistant professor of piano.
The recital will take place in Walker Recital Hall on Nov. 9 at 8 p.m.
Bobick’s recital will consist of three sets: French, German and English.
The recital takes an exciting journey through the music of Ibert, Brahms and Vaughan Williams.
Bobick’s first set will showcase the French 20th century composer Jacques Ibert (1890-1962), with his famous work for bass, voice and orchestra, “Quatre Chansons de Don Quichotte.”
“This work was actually written by Ibert for the 1933 film ‘Don Quixote,’” Bobick said.
“Four other composers were also asked to write music for the film, including Maurice Ravel, but Ibert’s works were the ones chosen.”
The movie stars the famous Russian bass Feodor Chaliapin as Don Quixote, and it is Chaliapin who sings the four Quixote songs by Ibert as part of the film’s soundtrack.
Ibert composed the melodies of the songs specifically for Chaliapin’s voice.
“The first song is dedicated to Chaliapin,” said Bobick.
“The second song features a pianissimo E-flat, and the third song includes another pianissimo note, an E, written to show off Chaliapin’s voice.”
Bobick’s next set will feature “Fünf Lieder” Op. 94, by the German Romantic composer Johannes Brahms (1833-1897).
“The protagonist struggles with the painful realization of his own mortality,” Bobick said.
“This 1884 work is one of Brahms’ published groupings that is intended for performance as a whole, as a kind of mini-cycle.
“Brahms’s friend, the surgeon Billroth, perceived it as almost equivalent to Schubert’s Winterreise, although he saw the songs as being linked with autumn and not winter.”
Bobick’s last set will consist of Ralph Vaughan Williams’ much loved “Songs of Travel.”
This popular song cycle by the 20th century English composer (1872-1958) uses nine poems from Robert Louis Stevenson’s “Songs of Travel and Other Verses,” the most famous of which is probably the seventh movement, “Whither Must I Wander.”
Vaughan Williams wrote the “Songs of Travel” for baritone voice and piano originally, but he and his assistant, Roy Douglas, later orchestrated the cycle.
The last song, “I Have Trod the Upward and the Downward Slope,” includes an interesting note by the composer: that it is only to be performed following a performance of the entire cycle – it can never be performed alone or following an incomplete set of the songs.
It is less often heard because of these special conditions, and Bobick is excited to share it with his audience.
“The program for this recital is very personal and almost autobiographical for me,” said Bobick, “especially the Vaughan Williams’ ‘Songs of Travel,’ which carry an incredibly personal significance for me.
“Not only do the songs establish a compelling narrative that powerfully illustrates the path of my life, but the cycle was the musical foundation for my wife’s and my first collaborative choreography project; a piece that explored our age difference and the profound likelihood of my dying long before she.
“It’s not morose. It follows a man through his life getting older.
“Like the other cycles, singing it is like taking a step back and looking at the man I am now.”
The recital is free and open to the public.