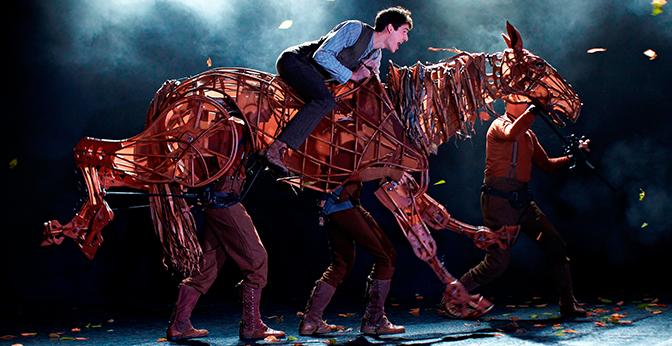 The encore presentation of “War Horse” will be streamed to the Performing Arts Center.

War is never a pleasant topic.
The conversations about war are usually very grim and sober. However, “War Horse” is based on the novel by Michael Morpurgo and adapted by Nick Stafford.
It tells the story of a young man and a horse who are destined to go through horrific events to be reunited.
The National Theatre live is a unique way to view a movie as it is performed in real time without traveling very far or paying high rates for tickets.
The production performance is live in the United Kingdom and it is transmitted to theatres and performance spaces throughout the world, such as Mercyhurst University.
However, this is an encore presentation.
Albert is a young boy growing up in a time of war.
He and his mother and father live on a small farm.
Their main supply of money is from the crops that they grow.
One day, Ted sees a young horse who is being auctioned off, and bids on the horse, winning him.
After he brings the horse home, Albert begins to bond with the horse, who he names Joey, and teaches him how to plow a field.
Unfortunately, Ted had spent the rent money to buy the horse, and can no longer pay the landlord.
He does the only thing he can do and sells Joey to a war captain.
As the story continues, both Joey and Albert suffer through many horrific events.
“War Horse” takes audiences on a riveting journey from the fields of rural Devon to the trenches of World War I era France.
Its first performance in the National Theatre was in 2007 and for a limited time, the National Theatre is doing an encore of award-winning British theatre productions.
“War Horse” is a tale of war, suffering and a true friendship between a man and his horse.
“War Horse” will be showing at the Performing Arts Center on Dec. 11, at 12:55 p.m.
Tickets are free for any Mercyhurst student who shows their ID at the box office.
They are $18 for adults, $15 for seniors/students and $10 for youth.