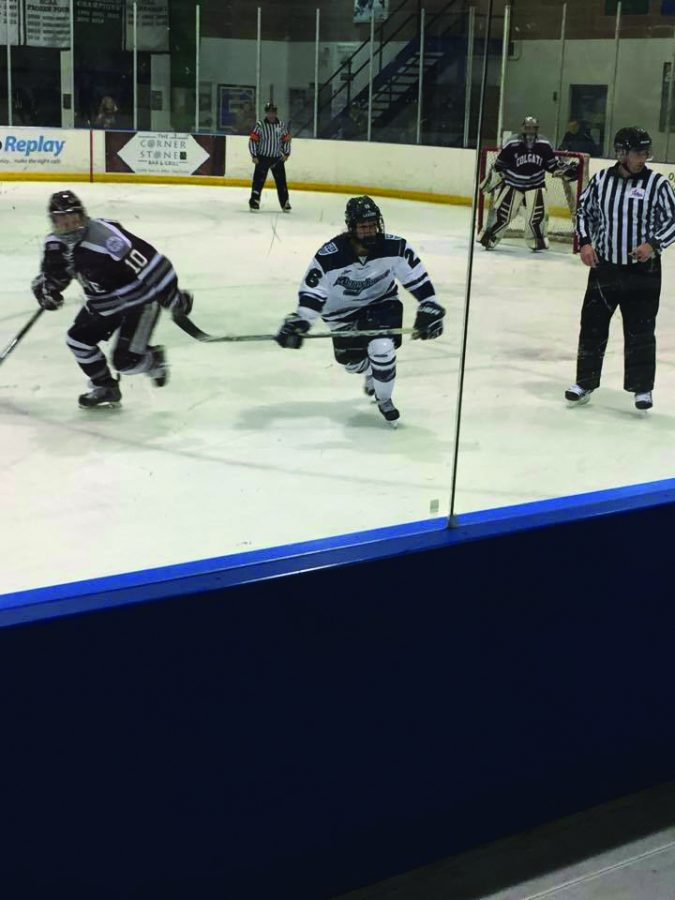 Women’s ice hockey fell twice to Colgate University at MIC. For the first time, the Lakers did not obtain at least a tie against a top 10 ranked team.

Mercyhurst women’s ice hockey dropped two in a row last week to No. 9 Colgate University, putting the Lakers at a 5-9-1 record for the season.
This is the first time this season that Mercyhurst has not managed to at least tie a top 10 ranked team.
In the first game of the series, the Lakers came out strong. Sophomore Rachael Smith picked up the puck at the blue line and skated down the ice on a breakaway.
She sent the puck sailing over the shoulder of the Colgate goalie, giving the Lakers a 1-0 lead in the first two minutes.
Mercyhurst retook the lead in the second period when Michele Robillard picked up a loose puck in front of the net. Colgate answered with a goal of its own with only 47 seconds left in the period.
The Raiders took their first lead about halfway through the third period.
The game was one of many penalties. A total of 17 were called during the game.
Late into the third period, Morgan Stacey was given a major penalty and game misconduct for a hit to the head.
This gave Colgate a five -minute powerplay, and the Raiders took advantage.
Just as in Tuesday’s game, the Lakers came out quick. Celine Frappier, assisted by Maggie Knott, scored in the first 57 seconds of the game.
Colgate then scored five unanswered goals to take the win.
The Lakers outshot Colgate 50-47 combined in the two games.
Mercyhurst looks to put the losses behind them and turn things around against Lindenwood on Friday and Saturday.