'Immersion' is a beautiful blend of many styles 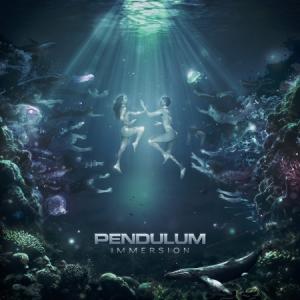 Pendulum.com photoAlthough the Aussie/British group Pendulum released its third studio album “Immersion” in May 2010, it has only recently become a big seller in the United States.

“Immersion” is a carefully crafted blend of Pendulum’s first two albums.“Hold Your Colour” has a strict drum ‘n’ bass (D&B) style, while “In Silico” garnered more of a hard rock feel.

Immersion is a beautiful hybrid—it is almost as if Pendulum took musical DNA from techno, D&B, house, rock, dub step, and electronica, and spliced them together to form a new musical creature.

Almost every aspect of the musical styles contributes to a well-crafted cacophony. Each listen gives new appreciation for the various songs—the album sounds better every time.

“Genesis” is aptly named, as it is the beginning of something new and exciting. This track is a gentle electronic intro that segues perfectly into the fast-paced “Salt in the Wounds.”

While all the songs are genius in their own way, “Watercolour,” “Crush,” “The Vulture,” “Witchcraft,” and “Encoder” are especially enthralling.

This being said, the best work on the album is a soundscape of more than nine minutes smack dab in the middle of the album.

“The Island” is split into two tracks: Part I (Dawn) and Part II (Dusk).

“Dawn” is somewhat mellower with a catchy riff that builds to a few great breakdowns. “Dusk” is immersed in the dubstep style and compliments the first part quite nicely. In many ways, this lengthy piece is the showcase of the entire album.

The heavy bass, unique electronic cadences, and good beats are not all that make the tracks so great.

Pendulum’s lead singer, Rob Swire, has the perfect vocals to match the otherworldly feel of many tracks. His talented style was first widely recognized when Deadmau5 featured him in “Ghosts ‘n’ Stuff.”

Although other singers are featured at various points in the album, it is Swire’s vocals that really drive most of the songs. He and the rest of the band have done a masterful job in molding all the sounds together.

When it comes down to it, “Immersion” has few weak points and makes for quite the enjoyable listen. It is a treat for the ears that will make you want to dance, play the air drums in the car, or simply push the repeat button.