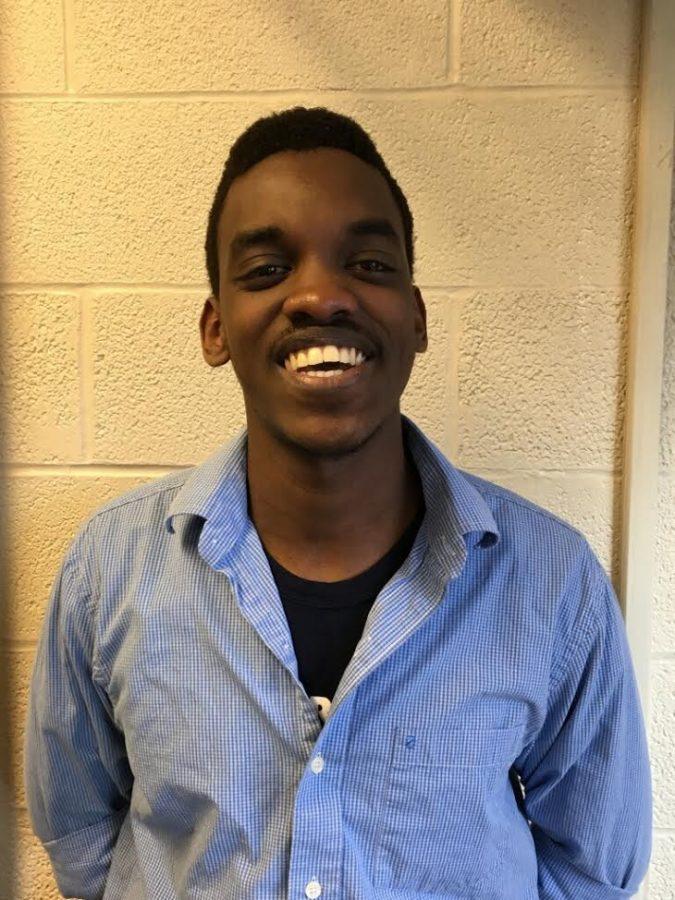 Igor Ngabom, of Rwanda, is a senior Political Science major.

Igor Ngabo is a native from Rwanda and an international student at Mercyhurst University. Igor is a current senior Political Science major.

“I came here looking for opportunity, in hopes of getting a good education,” Ngabo said.

He described his culture as the mechanism of informing his decisions.

“Rwanda is country that has suffered greatly. Out of this suffering we learned to enjoy those good moments in life.”

Ngabo shared his own story, where he comes from and what diversity means to him. “It was an exciting moment for me because I am passionate about finding equality in all settings, whether it is professional, academic or in any instance where more than two people interact, as well as the importance of being tolerant and respectful of others especially during turmoil.”

“I have learned that diversity is part of everything. It underpins all of it. I mean, think about it, life exists because of diversity. Different atoms joining together to create complex molecules, then molecules bonding to create slightly more complex organisms. These organisms in turn cohabitate to form complex ecosystems. Diversity is quintessential to the existence of life. I would even go so far as to say that the story of the universe is that of diversity.”

The fear of homogenization of a society is what brings people together to stop the polarization of ideas.

“We need diversity to survive, to evolve, better yet, to strive. We ought to embrace diversity in all its forms. At times some, if not most of us, fail to recognize its value. I think we fail to realize that diversity is part of our story. We fail grasp the notion that it is all around us and that diversity serves to increase our potential as a species and not diminish it.”

He pointed out the misrepresentation sometimes minorities experienced in the government, organizations and associations.

“The question of representation is one that politics has grappled with for a long time and will keep struggling with for many years to come. As Dr. Federici so eloquently puts it, ‘human nature is imperfect and imperfectable.’ Politics is unavoidably attached to human nature. We must be realistic about what it is that we can be achieved. Politics cannot create the perfect conditions; it is by working together and in good faith that we better our societies. Organizations can only do so much. Its people that make the change in politics. No one organization can make all necessary changes, either.”

Ngabo concluded this interview by stating how his experience in the United States has shaped who he is.

Ngabo, acknowledges that being part of a diverse environment is a challenge and a learning experience to become better versions of ourselves.

“I have seen, talked and lived with people of different walks of life, different histories, backgrounds, who have different beliefs and hopes. And I am convinced that our strength lies in this diversity.”