Morris to be Poli Sci chair 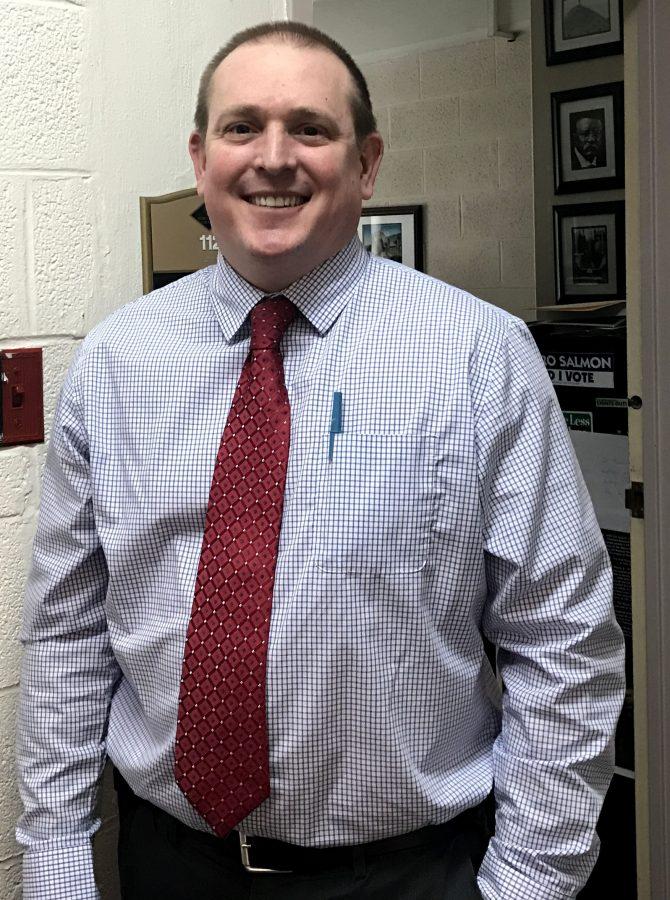 Joseph Morris, Ph.D., will be replacing Michael Federici, Ph.D., as the chair for the Political Science Department in the fall of 2017.

Morris is originally from the suburbs of Los Angeles, California, and received his undergraduate degree in Political Science, with a minor in Philosophy, from San Diego State University. After realizing his interest in environmental politics, he attended the University of Montana for his master’s in Political Science.

Morris then went to Idaho State University (ISU), where he got his master’s in Public Administration, as well as his doctorate. After finishing, he taught at ISU for a year as a visiting professor.

Morris came to Mercyhurst in 2001. He served as the director of the Honors Program for a little over four years, as well as the interim Political Science Department chair for a year and a half. He was quick to express his appreciation for the department that he has spent 16 years in.

“I have wonderful colleagues. I discovered that my colleagues were not only wonderful faculty members, but wonderful people,” said Morris. “I fell in love with Mercyhurst and the Mercyhurst tradition.”

Morris founded the Center for Applied Politics in 2010, and has served as its director since then. He has worked with over a thousand students in the Center, making calls and taking public opinion polls.

The work conducted in the Center has been published in every major newspaper in Pennsylvania, and has been featured on National Public Radio. Most recently, its work appeared on MSNBC’s “Hardball” with Chris Matthews.

Morris has taught more than a dozen different courses at Mercyhurst, all within the realm of domestic politics.

“My favorite part of teaching is having the chance to help students think about things in ways they haven’t thought about before. The people I have most admired in my life have all been teachers. They’ve all been able to make me think about things in different ways, or introduced me to a new field of thought or field of study,” said Morris. “I hope to be able to do that for other people.”

For Morris, however, teaching encompasses a great responsibility. It is not just to give students an education, but to help them become citizens who are capable of responsibly participating in American democracy.

“What drives my teaching is the need this nation has for citizens. Part of being a citizen is having knowledge necessary to make decisions and form decisions, but also the virtue necessary to set your self interest aside in pursuit of the public good,” Morris said.

Morris thinks of his job as creating citizens that the country needs.

“I look at all of my classes as the opportunity to create the type of citizens our democracy demands,” said Morris. “I’m not training future political scientists or public administrators; I’m training citizens.”

The addition of department chair to Morris’s list of duties will change his job dramatically and increase his responsibilities on campus.

“It’ll change a lot, but it’s all good,” said Morris. “It’s a new challenge and new challenges keep you inspired and motivated and thinking.”