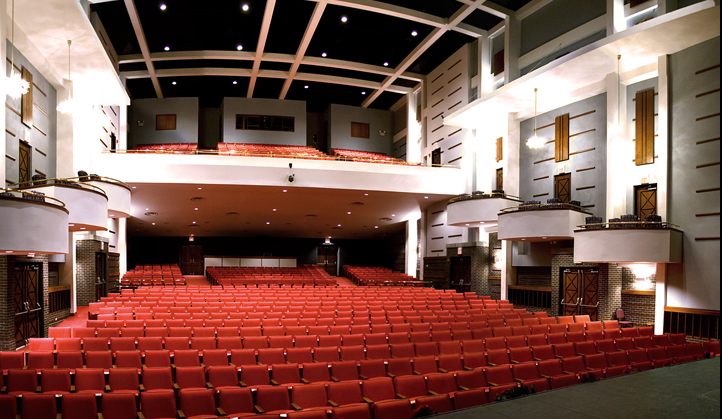 On March 28, President Michael T. Victor testified at a hearing downtown before state lawmakers about the impact of the gaming revenue funds and how they affect the Mercyhurst Institute for Arts & Culture, the Mercyhurst-led Downtown Erie Innovation District and the Mercyhurst-Penn State Behrend Ignite Erie collaboration.

Lawmakers are attempting to come up with a fix for how communities throughout Pennsylvania share gambling revenues. The Erie County Gaming Revenue Authority (ECGRA) supports nonprofits and small businesses in Erie County with the $5.5 million it receives annually from Erie County’s share of games revenues. Losing this would heavily affect the community.

At the public hearing, Victor spoke on behalf of Mercyhurst about how the loss would impact the school and its plans with the community. Mercyhurst relies heavily on the ECGRA for many different reasons.

“Since 2011, ECGRA has invested more than $275,000 in the Institute, allowing scores of nationally and internationally renowned artists to engage students and community members as well as marginalized populations of northwest Pennsylvania that would not otherwise have access to these kinds of world-class experiences,” Victor said.

What does this mean for the Institute? Losing the EGCRA funding would mean losing the quality and quantity of arts and culture events held here at the school for the entire Erie community.

Victor goes on to note how Mercyhurst is a major force in the educational landscape of the region. Mercyhurst’s exceptional performing arts programming that is presented to northwestern Pennsylvania audiences every year is the reason why the Erie County government designated the university as a “regional asset.” Mercyhurst is the only higher educational institution in the region that is defined by this.

The innovation and collaboration that Mercyhurst is committed to has come to the attention of ECGRA to help reinvent the city.

“That economy is intended to stop brain drain and enhance brain gain, replace low-wage jobs with family-sustaining jobs, and revitalize downtown Erie through creation of an innovation district,” Victor said.

The ECGRA was a source of funding for the $4 million grant Mercyhurst received in September 2016 that allows the university to lead development of the Downtown Erie Innovation District.

Victor goes on to mention how the partners of the Downtown Erie Innovation District intend to implement joint projects related to safety and security, specifically in the fields of data science and cybersecurity. Since the Tom Ridge College of Intelligence Studies and Applied Sciences educates students in these areas, Mercyhurst is particularly qualified to lead the innovation district.

The loss of the ECGRA funding will greatly affect this project and the region’s strategy to grow companies and create jobs.

“Mercyhurst’s leadership role with the innovation district is a direct offshoot of the Ignite Erie Industry-University Business Acceleration Collaborative, an ECGRA-funded initiative led by Mercyhurst and Penn State Behrend,” said Victor. “ECGRA made a $750,000 commitment to the Erie universities to help spur innovation by students, faculty, local industry and emerging entrepreneurs.”

This initiative allowed Mercyhurst to launch Quickstarters. In just two years, it helped create 94 jobs and contribute an economic impact of $258,000 in the City of Erie.

Not only would the gaming share dollar loss affect our own Institute for Arts & Culture, it would also impact after-school programs for children of refugee families in Erie’s inner city and the community schools project.

Victor concluded his speech by stating how the gaming revenue funds are invaluable to Erie County nonprofits and municipalities.

“I urge you to protect these vital resources for the betterment of our people and our communities,” Victor said.