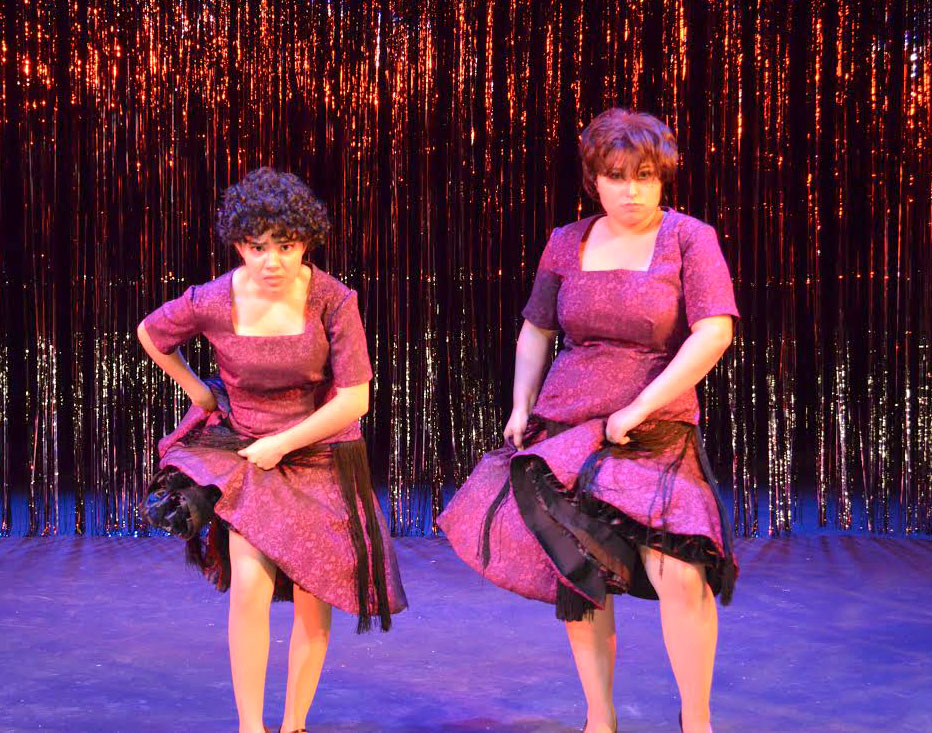 There is not a more perfect way to begin this school year than with a musical intertwined with a variety of different musicals.
Gerard Alessandrini wrote “Forbidden Broadway,” a delightful, classic musical that has a little something in it for everyone.
It was directed by guest Doug Powers, Ph.D.
It pays tribute to a lot of Broadway’s greatest shows with some Broadway legends thrown in.
During Aug. 24-27, Mercyhurst students did a great job as the cast of Broadway legends, like Carol Channing, Ethel Merman, Chita Rivera and Liza Minnelli, performing selections from “Annie,” “Wicked,” “Les Misérables,” “Phantom of the Opera” and “Cats.”
I have never seen this show before so as the show started, I appreciated the neat little set-up where the audience could faintly see the actors and actresses warming up for the show.
Each selection brought something special to the show, whether it was comical or a throwback sing-along for theater kids.
I know it brought back nice memories for me when a selection from “Into the Woods” came on, since that was the musical I worked as stage crew on for my senior year of high school.
That was one of the highlights for me, but I liked all the selections because each one had their own uniqueness to it.
All the students performed well, but there were a couple students that just seemed to fit into their role so naturally — like with Abby Larimore playing Annie in “Annie.” I could not imagine her playing a better character.
From the tone of her voice with playing an older Annie to her attitude still being a little bit of the childish Annie that we all know and love, it was charmingly classic.
Rosie Pregler as Chita Rivera reminded me of when Rivera actually came to Mercyhurst last fall and sung certain songs from her career.
That was quite a show, and nothing beats having the legend here in the flesh, but having Pregler play Rivera was the right choice in my opinion. She looked determined to make Rivera proud. Vivian Suazo played Rita Moreno, and I loved the back-and-forth little battle between Rivera and Moreno.
It was cute and revealing.
Overall, I liked the musical as a whole and there was nothing I did not like. It was pleasing, funny and just a joy to watch.
It was a great performance to start off the school year.