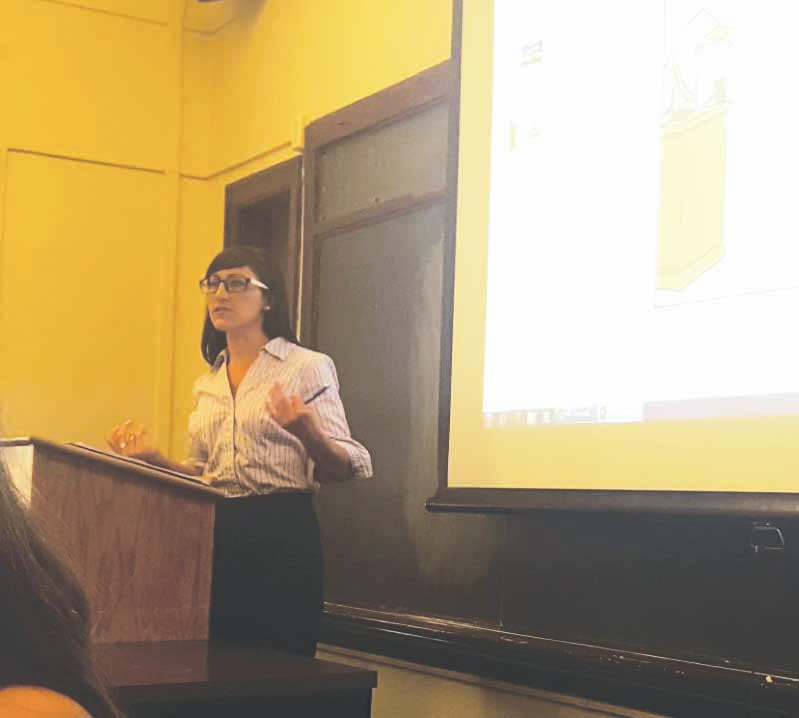 Victoria Rickard, Ph.D., is a new associate professor in the Political Science Department. Hailing from Boulder, Colorado, Rickard attended Gonzaga University in Washington state for her undergraduate degree, where she studied both History and Political Science.

“History was my main focus,” said Rickard. “But poli sci was an interest of mine in undergrad, and I feel like they both go hand in hand with the law.”

After she completed her degree at Gonzaga, Rickard went on to achieve her master’s in International Affairs, with a concentration in international politics, from American University, and subsequently her juris doctorate from Michigan State University College of Law, where she concentrated in international law and intellectual property.

Finally, she received her Ph.D. in Political Science from the University of Oklahoma, where she held a Fellowship at the Carl Albert Congressional Research and Studies Center.

In regard to finding and coming to Mercyhurst, Rickard wasn’t discriminate in terms of location.

“I did a nationwide job search,” said Rickard. “I don’t have any geographical constraints.”

When asked about what specifically attracted her to Mercyhurst, Rickard cited the similarities with her own undergraduate institution, as well as the compatibility with her own liberal arts philosophy toward teaching.

“I do specifically remember completing my Mercyhurst application because I was so drawn to the institution because it was so similar to my undergrad institution,” said Rickard. “I was compelled by the mission statement, its size and its emphasis on a holistic liberal arts education.”

The pre-law program at Mercyhurst was also an attraction — allowing Rickard to engage in both of her areas of expertise.

The ultimate goal is to see past political party agendas and to have students engaged in the facts. She has implemented Democracy Labs as a way to have the class discuss and debate issues affecting the core of the United States: life, liberty and the pursuit of happiness.

Rickard is working on establishing a senior capstone course called Politics and Social Justice, a practical class in line with the Beyond the Gates courses.

“I envision it as a capstone course because I want it to be hands on engagement, where Political Science majors take everything they’ve learned about politics and civic engagement and responsibility and apply it in a way that has a social justice component,” Rickard said.

“I think that’s really important because there’s a disconnect between what political scientists as scholars do and putting it into practice,” said Rickard. “I want to get students out of the classroom and show them how to engage in politics and promote democracy at a small local level.”

She hopes to give students flexibility in what they want to research and engage in.

“I want to give them the opportunity to spread the message about (politics’) importance and the primacy of civil engagement skills like registering people to vote or (attend) a town hall meeting … kind of just leave it up to them, because politics can really be tied into anything.”