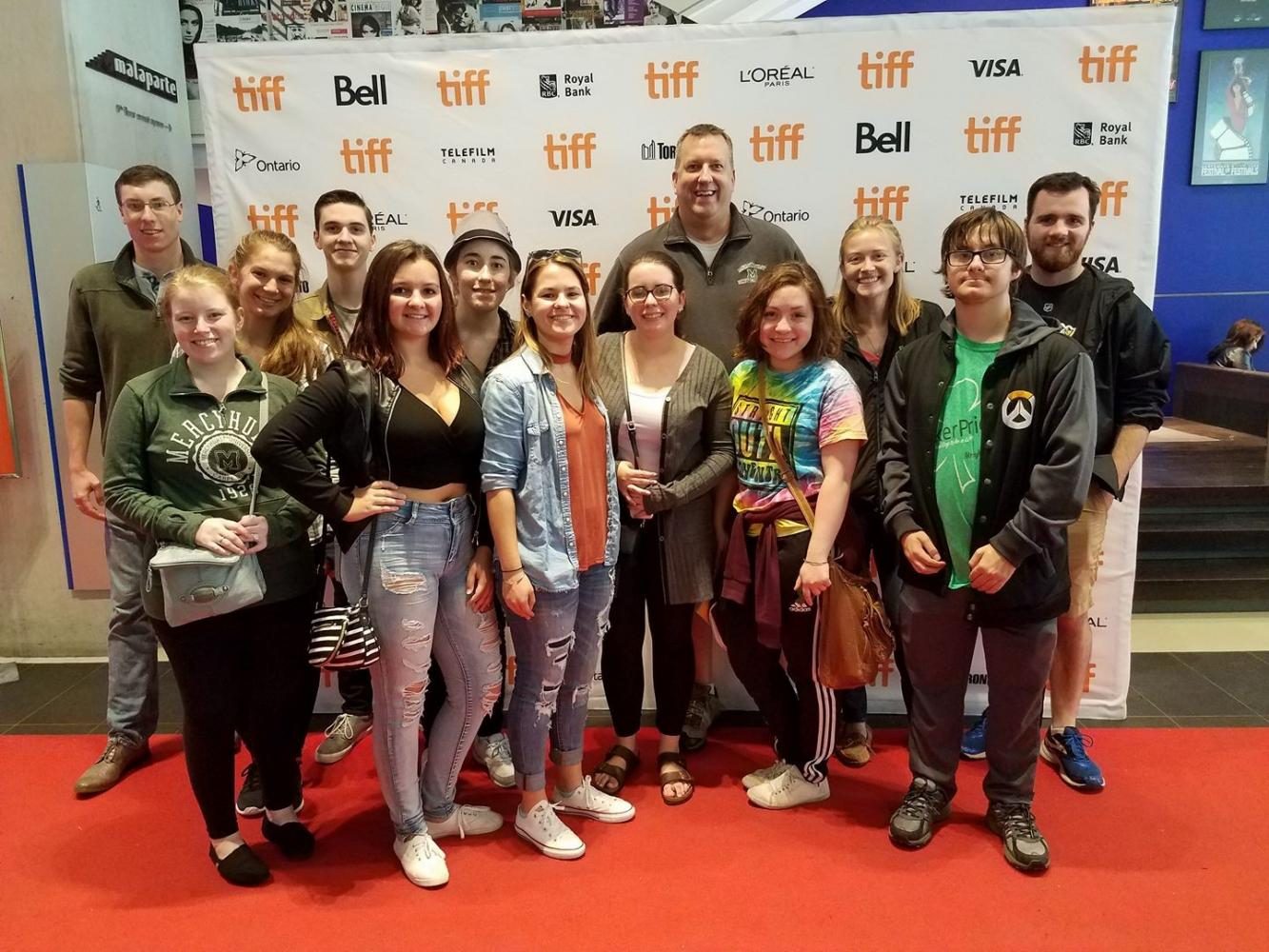 Held from Sept. 7-17, TIFF is one of the largest and most prestigious film festivals in the world, hosting an estimated 400,000 movie enthusiasts annually. Attendees are given once-in-a-lifetime opportunities to experience red carpets and world premieres.

“I wanted them to experience that because we all see film just in the theater and we enjoy it, but when you get a chance to see world premieres and red-carpet events and listen to directors talk about their film, it’s a different experience all together,” club advisor Kristofer Gossett, Ph.D., said.

Students were given the opportunity to customize their schedules with movies of all genres, such as “Suburbicon,” “Chappaquiddick,” “Molly’s Game” and “Mom and Dad.”

Adam Wood, Mercyhurst alumnus, was particularly impressed with the creativity of the directors.

“Festivals like these allow filmmakers to create the movies and tell the stories that they want to and allow them to flex their creative muscles,” Wood said. “I saw movies at TIFF that were unique from any other movie I had seen up until this point in my movie-watching career.”

Attendees also had the opportunity to hear directors and actors talk about their films. Among these celebrities were Nicolas Cage, Benedict Cumberbatch, George Clooney, Nicholas Hoult and Steve Buscemi.

“When I saw the world-premiere screening of ‘The Current War,’ I was walking into the theater and turned around and saw Benedict Cumberbatch 5 feet away from me giving an interview to reporters. That was definitely the coolest part of the festival for me,” Wood said.

These discussions with professionals in the field, office tours and access to the research film library also proved to be beneficial, giving students insight to the filmmaking industry.

“The festival benefited me because it gave me a look into my hopeful future,” said Sydney Van Leeuwen, senior History major and club secretary. “It was an incredible experience from the standpoint of someone looking to get into the industry someday.”

“TIFF provided a much-needed perspective on the true nature of the film industry,” said McDonald. “The creativity on display at the festival was astonishing. The amount of unique content at the festival made for a more enjoyable experience.”

As a whole, students greatly enjoyed the experience, and many are already looking forward to potential future trips.

“From the feedback I got from all the students, they all want to come back,” Gossett said. “The experience was so fun for everybody, hopefully we get more interest.”

Students who are interested in the film industry — whether as a career or enjoyment — are encouraged to join.

“The Modern Cinema club is open to anyone with a passion for watching, discussing and critiquing movies,” McDonald said.

The first official meeting will be held Sept. 21 at 8 p.m. Interested students can contact David McDonald at dmcdon89@lakers.mercyhurst.edu for more information.