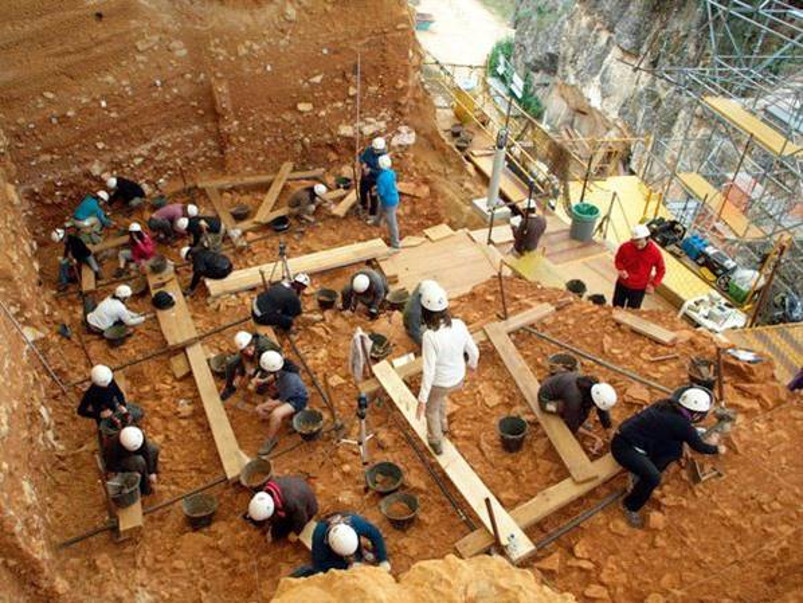 Visiting researcher Laura Rodriguez Garcia, Ph.D., spoke at Mercyhurst on Sept. 21 to share her research and experience in excavating archaeological sites at Atapuerca, Spain. The presentation spanned her work at multiple sites within the Atapuerca region.

The Atapuerca site is a series of limestone caves in northern Spain that was discovered in 1976.

A remarkable fact about these caves is that they were discovered because a train trench was being built in the area and the construction uncovered the sites.

One of the sites Garcia’s presentation focused on was Sima de los huesos, or “the Pit of Bones,” where thousands of fossils and least 28 individual remains were found.

There were also remains of cave bears found in the pit, according to the Smithsonian National Museum of Natural History.

The Pit of Bones was found at the bottom of a 43-foot-deep cave shaft.

The site is where some of the most notable discoveries of the excavation were made.

The discovery of a preserved pelvis is now famously referred to as “Elvis the Pelvis.” Two other discoveries that were made were a complete cranium, the entire skull without the mandible, and Benjamina, the fossils of a small child.

Besides these discoveries, another interesting point that Garcia discussed was that most of the fossils found at the site were those of adults.

Garcia explained that this is unusual because the most common fossils found are those of young children and elderly. The area where these fossils were found is not easily accessible and is difficult to reach.

The United Nations Educational, Scientific and Cultural organization states that “the caves of the Sierra de Atapuerca contain a rich fossil record of the earliest human beings in Europe, from nearly one million years ago and extending up to the Common Era.”

In 1991, UNESCO designated the area of the Atapuerca archeological site a “Property of Cultural Interest,” the highest legal protection.

The area was later given “Cultural Area” status in 2010.

For majors and non-majors, the lecture offered insight into the world of archaeology and all the work that goes into discovering new remains.

“I have learned about Atapuerca in class and have always thought it was an interesting site,” said senior Amelia Bell, Bioarchaeology major. “Getting to hear from someone who is actively involved in its research was a one-of-a-kind experience.”

“It’s easy to forget how much progress we’ve already made toward understanding our past,” Giles said, “but the lecture on Atapuerca outlining the vast number of ancient human remains already uncovered there shows how much we have accomplished.”

Amber Matha and Cheyanne Crum contributed to this report.