Culture Corner: Diversity is a recognition of similarities 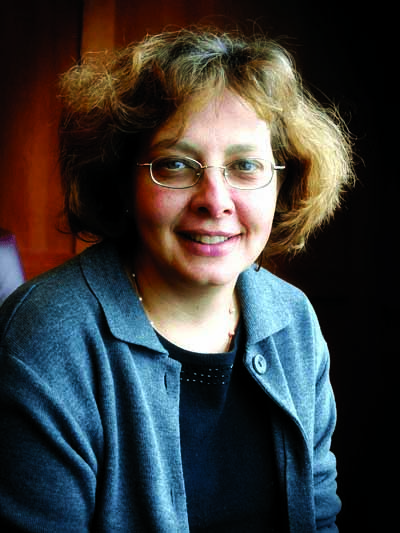 Selin Yalcindag, Ph.D., has a background in economics that led her to teach in the Walker School of Business at Mercyhurst University. But it is her upbringing in Turkey that allows her to speak about the benefits of diversity on campus.

To Yalcindag, diversity celebrates the cultural differences expressed through “cuisine, traditions and the celebration of holidays.” More than a celebration of differences, though, it is a recognition of similarities.

“Culture is intertwined,” said Yalcindag. “Culture is about humanity. There are many things that are the same among other cultures.”

Yalcindag, who was born in Turkey, received her bachelor’s degree from Bosphorus University in Istanbul before earning her master’s degree and doctorate from Boston College.

She spoke about the difficulties of leaving her home country, which is a challenge that many international students experience, too.

“Once you pass the five-year time limit, it is very hard to go back to what you know as home, because one creates an adult life here. You miss home; you will always miss home. And there is going to be a home, for you.”

She pointed out she left Turkey almost 35 years ago, and things have changed from what she remembered it.

“Turkey is a secular country, that came from the Ottoman Empire through the vision of our leader at the time,” she said. “Turkey was being pushed to be closer to Europe instead of Arab countries which made religion to be downplayed and made the Turkish Republic, today, to be a secular country.”

She came to the United States to continue her higher education. Before that, however, her schooling had all been in English from sixth grade on.

About coming to the U.S., Yalcindag said that “maybe it was pure luck, but I also think that my educational background and my family played a role in it.”

Yalcindag acknowledged that being part of a diverse community is part of a learning process to become better versions of ourselves.

Looking back on her childhood, what would she tell her younger self about that learning process?

“I would tell myself to be more outgoing,” she said.