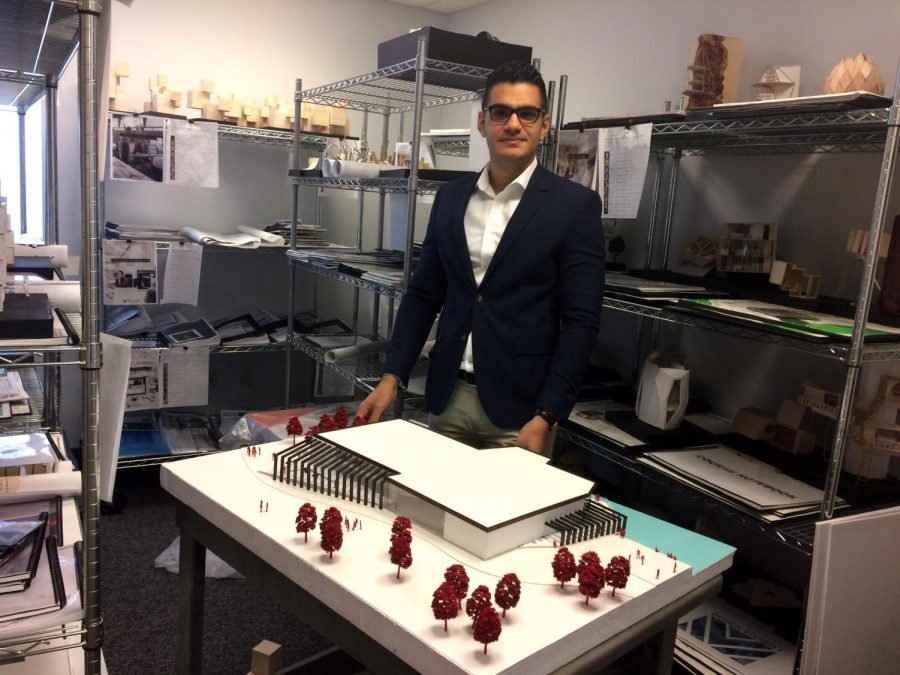 Keyman Asefi, who was raised in southeast Asia, is an instructor of Interior Architecture and Design at Mercyhurst.

Keyman Asefi, instructor of Interior Architecture and Design, moved to Missouri in 2013 to pursue a degree in Human Environmental Studies. He accepted a position at Mercyhurst in the fall semester of 2015 and has enjoyed the opportunity to experience more of the world since moving here.

Asefi is Persian in heritage and grew up in southeast Asia. He has spent time living in Iran, Malaysia, Korea and Singapore.

Asefi grew up in and around construction sites due to his parents’ professions and studied architecture in Kuala Lumpur, the capital of Malaysia. He then pursued a degree in Architectural Technology. He started working for a Malaysian firm, designing luxury high-rise buildings, and was involved in many other projects, including those that related architecture to sustainability.

One of Asefi’s passions in life is traveling and discovering new countries. He comes from a diverse background and appreciates the creativity that comes from his experiences.

“Diversity is the engine of invention,” Asefi said.

One of Asefi’s favorite aspects of life at Mercyhurst is the diversity that he sees on campus. He has taught students from countries such as Poland, Bhutan and Jamaica. He is also friends with faculty members from other countries such as Turkey and Greece.

Since arriving here he has worked in the Interior Architecture and Design department to help students understand design principles and technologies. He recently worked on a redesign of the Student Union at Mercyhurst North East.

For him, strength can be found in the accepting culture of Mercyhurst.

The range of nationalities represented on campus “helps all the students,” said Asefi. “They explain to one another the way they eat, the way they party, customs and details of their lives. In this way, they teach one another.”

Asefi also commends the university for providing financial aid to international students to allow them the opportunity to study here.

While Asefi misses some aspects of southeastern culture, such as Malaysian food, one of his favorite things about the United States is that it is a country of immigrants who bring their culture with them. For him, this is the core of the United States. Many cultures integrate and become part of American life. Lastly, he loves the American tradition of caring for one another.

“What I find so kind is that people here are very nice to one another,” said Asefi. “I love that they hold the door for you. In many ways this is similar to Korean culture. They are so happy to spare a couple of seconds for a stranger.”