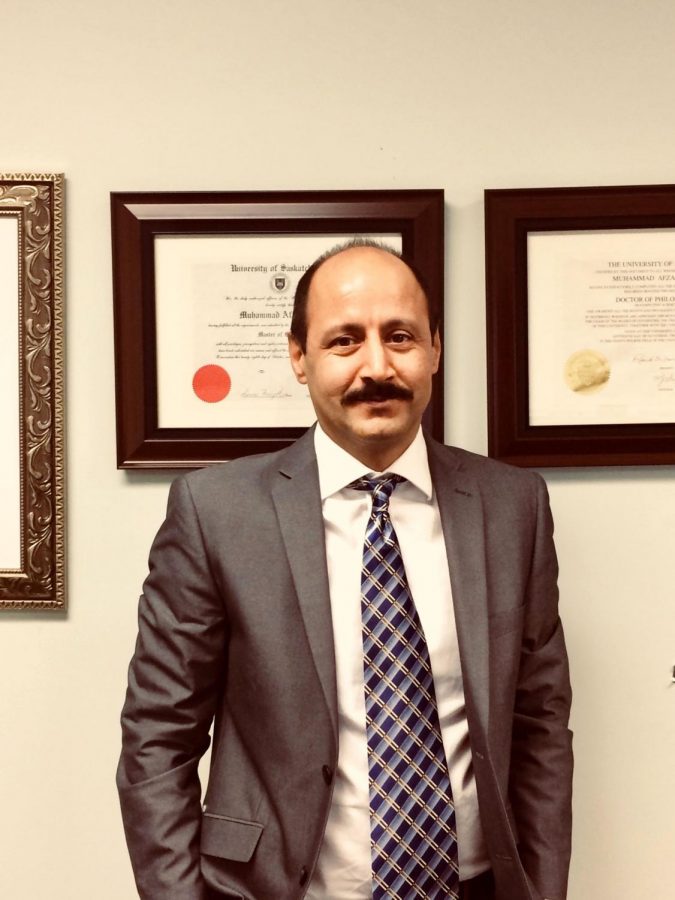 Afzal Upal, Ph.D., who is a native of Pakistan, is the new Data Science program director.

Afzal Upal, Ph.D., is the new Data Science program director at Mercyhurst University. Upal is a native of Pakistan who moved to Erie this year to pursue a teaching career at Mercyhurst.

He earned a bachelor’s degree in Mathematics from the University of Punjab in Pakistan, and later studied at the University of Saskatchewan and the University of Alberta and earned a doctorate in Computer Science. For the past nine years, Upal has served as senior data scientist for Canada’s Department of National Defense. There he worked closely with intelligence analysts in the Canadian Armed Forces to develop tools to support their work.

Now that he is at Mercyhurst, he has big plans for the Data Science program here.

“The Data Science program is entering an exciting period of growth,” said Upal. “In the coming months and years, you will see an expansion of our offerings in the cyber security and the broader computer and information science areas. This is something I’m really excited about. It will provide Mercyhurst students with more options for getting a professional training for 21st century jobs.”

Upal says that he likes teaching at Mercyhurst because he likes “the professional attitude that everybody at Mercyhurst has. This includes students, faculty, staff and administration. Everyone is focused on getting things done and making things better. This creates the best teaching and learning environment.”

Most recently, Upal has researched social media groups to learn about the shared beliefs of populations. He is also widely published in his field and previously held faculty positions at Dalhousie University in Canada, the University of Toledo in Ohio, and Oxford University in the United Kingdom.

Jordan Kessler, a freshman and Intelligence Studies major, is one of the many students that has Upal for her Intro to Data Science course this semester. She says, “It’s a really interesting field that I would love to continue learning about. Data Science opens a lot of doors, especially in the Intel world. It could be vital if you are thinking of becoming an analyst.”

Indeed with Upal’s past, his knowledge will be a very important asset to a variety of students, especially those in the Intelligence Studies and Information Technology fields.

Mercyhurst is excited to welcome Afzal Upal into the community and to integrate his ideas into the learning environment.