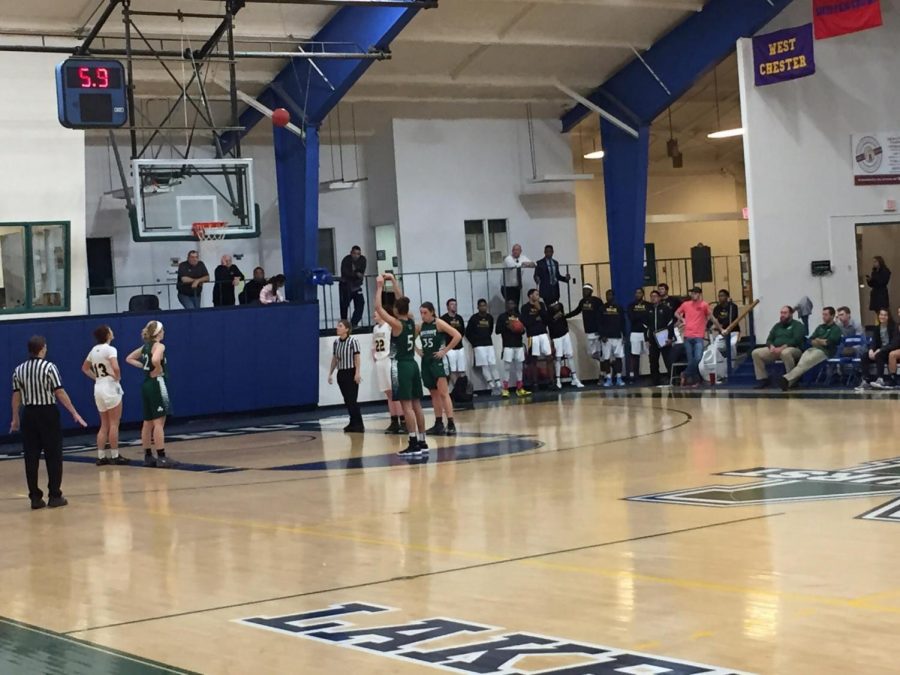 On Nov. 19, the Mercyhurst women’s basketball team defeated Millersville University 65-61.  The score was close the entire game.  Amber Renz led the Lakers with both a game high of 27 points and 10 rebounds.  Stephanie Petery contributed 11 points, and Maria Lapertosa added 10 points.  The leading scorers for Millersville were Alayah Hall with 17 points, Kendra Bamberger with 15 points, and Jade Farquhar contributing 14 points to the well-fought game.

The Lakers came back from trailing Millersville to leading the first period 16-14 with an 8-point run by Renz.   Millersville returned with 2 points to start off the second period, but the game stayed close through several key inside plays by the Lakers.  Renz ended the close first half with a 3-pointer to take the Lakers into the lead with 29-26.  Entering the second half, the Lakers kept their momentum going with a 5 point lead.

“We struggled at times with their pressure, but I felt that the team played very well. We executed plays and defended well when it was close at the end,” said Renz.  With the Lakers up and time running out, Millersville was forced to foul, allowing the women’s team to go 8 of 10 from the free-throw line, creating a 63-61 lead.  In the final seconds of the game, Lapertosa solidified the Laker victory, sinking both of her free throws, ending the game 65-61.  “We definitely prepared to face them and play our game and get the W,” said Renz. “Since we played Cheyney the day before, we understood that Millersville would be a better team.”

Unfortunately, the Lakers’ next two games would not be win tallies.