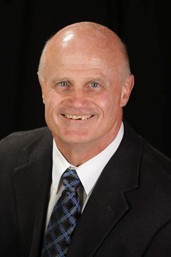 Athletic Director Joe Kimball retired from his position at Mercyhurst in early January.

Before the official announcement on Dec. 13, rumors had spread on campus that Athletic Director Joe Kimball was retiring at the conclusion of the academic year after many years at Mercyhurst University.  The Athletic department named Associate Director Lauren Packer Webster as the interim shortly thereafter, as Kimball officially stepped down in early January from his ninth year on the job.

He retired early much to the dismay of many a Laker, leaving behind a lasting legacy.  Kimball received a wrestling and football scholarship at Syracuse University, earning his bachelor’s degree in Physical Education in 1975.  Four years later, he became the defensive coordinator at Division III, St. Lawrence, becoming head coach in 1984 and posting a 37-37- 1 record in eight seasons there.
While he was at St. Lawrence, he received his master’s degree in Education.  On Feb. 12, 1993, he assumed the full-time head football coach spot at Mercyhurst for the retiring Jim Chapman, who went 11-16-1 over three seasons. At the time, the team was still in Division III, making his transition from the Saints.

“The tradition I would like to start here is that we look at our football players as student athletes,” Kimball commented in an introductory news conference in 1993. “I don’t want a bunch of old term jocks. I want guys that go to class and care about their grades.”  Kimball had mild success as head football coach, posting a 41-46-1 record over nine years, and even coached Hall of Fame quarterback Matt Kissell between 1995 and 1999 while inaugurating what is now Louis J. Tullio Field in October 1996.  Tullio Field was conceived after a scheduling conflict at Erie’s Veterans Stadium forced his team into three Sunday home games in 1995.  After the first canceled football game in program history in the wake of the Sept. 11, 2001, attacks, Kimball resigned in November 2001 having equaled the program record for wins (41) with five .500-or-above seasons and finishing 25th in the nation in 1997 with 16.3 points allowed per game.

In 2002, he began working with the Erie School District, and later served as running backs coach at Gannon University before returning to Mercyhurst.  For more than eight and a half years, Mercyhurst Athletics benefited from the work of Kimball, who began his term in July 2009, as the school moved into the Pennsylvania State Athletic Conference.  He guided the Mercyhurst men’s lacrosse team to their first Division II national championship in 2011.  In the time that Kimball was at Mercyhurst, he made sure that the coaches did not feel stepped-on or unappreciated.  “I feel as though he had strong relationships with our head coaches, because he coached,” said Deanna Richard, women’s basketball head coach. “He can walk in our shoes. He says, ‘I’ve coached and I’ve coached here.’ We’re not the biggest and brightest school out there, but we compete with what we have, and with different (arenas) popping up all over the place, he would understand us as coaches and, where we’re at.”

Kimball let the coaches do their jobs and did not try to take any of their credit.  “It’s the coaches, they do what they do and they get the right players in the right spots, so he really lets coaches do their job,” Richard said. “He really made it a family atmosphere and comfortable to work every day (with small changes).”  Kimball also worked to bring a touch of spirit to the Mercyhurst sports atmosphere.

“Joe Kimball was the driving force in the creation of the Mercyhurst Marching Band,” said Marching Band director Bob Reid. “From the time of his interview for the AD position, Joe was passionate about MU’s need for the excitement and spirit that a band brings to sporting events. … Joe understood that music and athletics can work together.”  The Mercyhurst marching band made its debut in the fall 2016, after first starting as a pep band in 2013.  Reid joined in 2014 and instituted a scholarship program, but Kimball got it off the ground a year earlier.  The band, having finished its second season of marching, is playing at basketball and hockey games for the winter season currently.