Dining series shakes it up 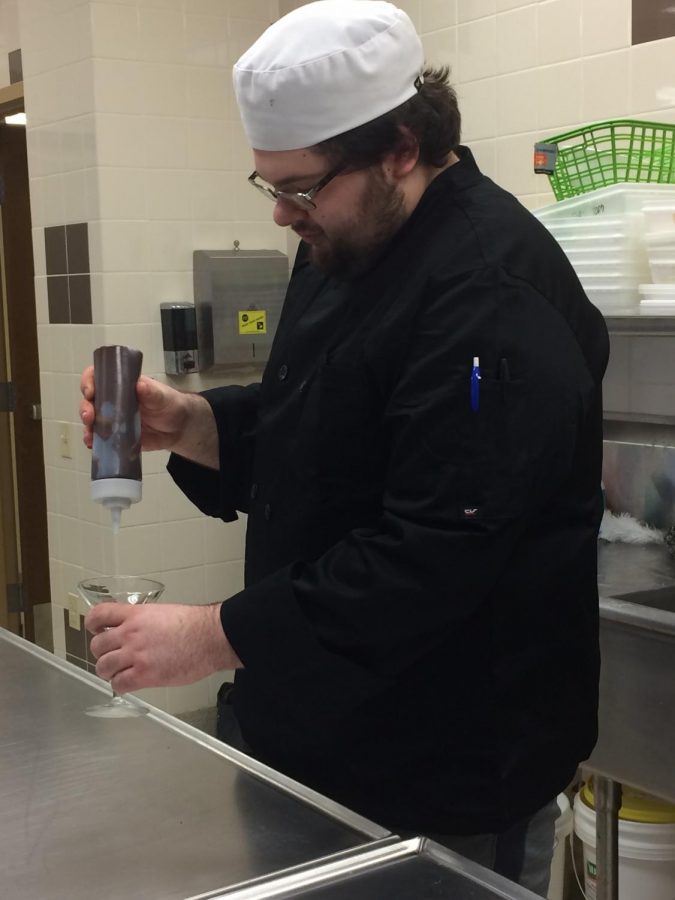 The Statler Department of Hospitality Management launched its Spring Dining Series on Feb. 9 in the J.W. and Alice Marriott Café.

The popular program is abandoning the prior practice of only offering a fixed menu and will be operating under a new format, giving guests their choice of three entrées from 5 to 5:30 p.m. This will give both students working and eating at the cafe a more authentic restaurant experience.

Dinners will be prepared and served by students Mondays, Wednesdays and Fridays now through April 25, when school is in session.

“Two appetizers are offered which are both chosen by the General Manager of the night. The guest gets a choice of the three entrée meals with a vegetable and starch. The sides are also picked by the general manager. The guest also has a choice of three dessert options, one of which was chosen by the General Manager,” said senior Hospitality Management major Steven Martz.

All meals will include an appetizer, entree, and a choice of desserts for $12.

Each of the students involved in the Marriott Café is enrolled in a lab class, where they learn how to prepare and serve the meals seen in the Spring Dining Series.

“It depends on the day as to how many of us are in the lab, but each week, each person is there two of the three days,” Martz said.

Each student will take on different roles to experience the work environment of a restaurant.

“Each student becomes the General Manager for two of the meals over the semester, and one person from the class is the front of house manager,” said Martz. “The general manager runs the show, so jobs are assigned based on what they say. We put people in their strengths but also try and get them to learn new things.”

Interested students are required to make a reservation by leaving a message at (814) 824-2565 on weekdays after 9 a.m. Reservation confirmations will be required within 48 hours and a reminder call will be made a week prior to the event.